Freddy is back and you're stuck in Freddy Fazbear’s Mega Pizzaplex overnight! 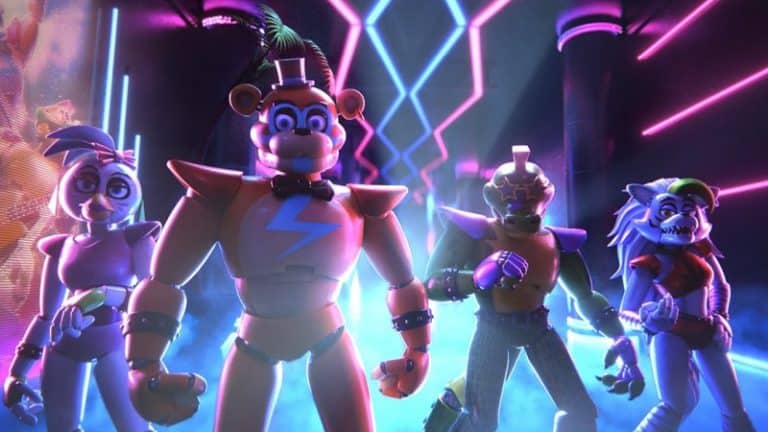 The latest addition to the endless stream of FNAF content was announced all the way back in 2019. During Sony’s State of Play, we got our first look at the new game. In the gameplay trailer we see some new and familiar faces in the new Freddy Fazbear’s Mega Pizza Plex! The new game is set to take place in a huge family fun centre, with a very 80s glam rock aesthetic to it.

The game is set to release on PlayStation 4 & 5 and PC on December 16th.

As of now, there’s been no announcement of a special bonus when pre-ordering. However, a few retailers have opened up the option to pre-order FNAF Security Breach.

You can pre order FNAF Security Breach here on the UK GAME store.

You can pre order FNAF Security Breach here on the PlayStation Store.

Thanks to the gameplay trailer, we’ve gotten a much better idea of what to expect in this new game. Security Breach is a first-person survival horror game. It’s set in Freddy Fazbear’s Mega Pizzaplex, where you play as Gregory, a little boy who’s trapped inside overnight.

The new game is going to feature unique escape games, boss battles and even arcade mini games throughout the Pizzaplex.