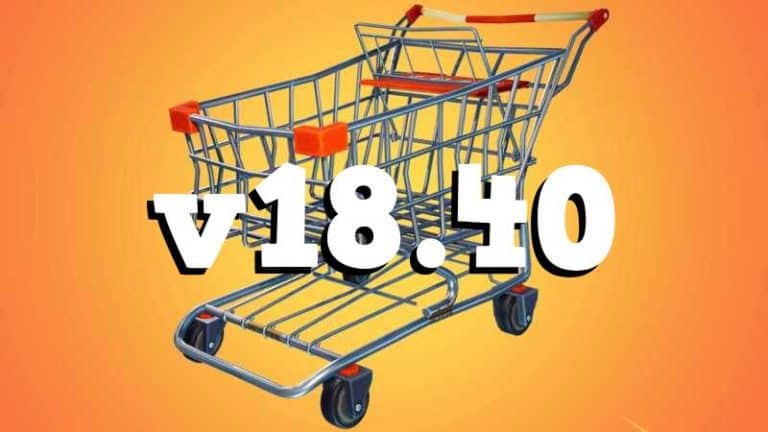 In the latest in the long line of updates to Fortnite: Battle Royale, we get even more changes to The Convergence in the centre of Apollo Island. There is also another brand-new War Effort, and this one is bigger than ever. Keep reading for the full Fortnite v18.30 patch notes.

The named location in the centre of the Season 8 map, The Convergence, features The Golden Cube, surrounded by a mass of bouncy, pink Corruption Cubes. The area was seemingly created by The Cube Queen, who has been floating above it in a golden sphere.

The Convergence has been growing throughout the season, and gets another overhaul in update v18.40, getting bigger still as we get closer to the end of Cubed: Season 8.

That’s right, everyone’s favourite ‘vehicle’ is back on the island. Holding no real competitive edge, the shopping cart is just a whole lot of fun. Well, for the person riding it. If you’re pushing it – or in front of it – not so much…

The latest War Effort takes on a new form, as you are now no longer voting between two weapons. Now you are just going to be funding the addition of The Salvaged BRUTE.

If the War Effort gets fully funded, the new (nerfed) BRUTE will be dropped onto the island for players to mount and take into battle against hordes of Cube Monsters, with a new combat design built for the job.

Now, if you’re remembering the BRUTE of old, which was totally OP and kind of ruined PVP, then fear not. Epic Games has stripped down the BRUTE this time, leaving it far easier to counter and defeat.

Of course, the news you’ve been waiting for, Naruto finally comes to Fortnite. Following months of rumors, four new skins bundles are available in the Item Shop, for Naruto himself, Sasuke, Sakura and Kakashi, the latter of which will also be appearing as a new Island Character. Naruto, Sakura and Kakashi will come with two style variants, while Sasuke will come with the Snake Sword Pickaxe.

The collaboration will also feature new loading screens, as well as a new Naruto-themed Creative Hub, and, with Kakashi as an Island Character, you’ll be able to collect new Ninja-themed challenges to complete while you traverse Apollo island. In order to help you in your quests, the Paper Bomb Kunai has been introduced as a new weapon in Battle Royale matches. Find the explosive throwing knife in Chests or Loot Llamas, or buy one from Kakashi Hatake with Gold Bars.

There is so much more to the Fortnite x Naruto Shippuden crossover, and you can see the full details at epicgames.com. Head over to the official blog page to find out more about the different bundles available and get a first look at the skins and their variants.

The new Accolade Device has been introduced to creator-made content. If you play maps which utilise this device, you’ll find there are new Accolades that have been set by the map creator which will earn you buckets of XP to add to your Battle Pass progress.

Finally, there have been a few bug changes in v18.40. Grapplers were not available in the Team Rumble and Battle Lab loot tables, this has now been fixed. Also, cars will no longer disappear or move when players try to get in or out of them. 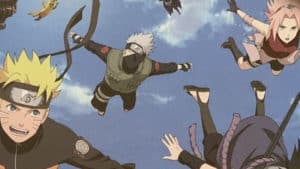 When is the Naruto skin coming out in Fortnite? 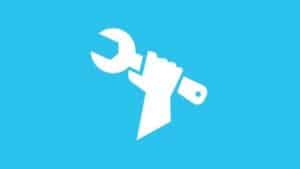