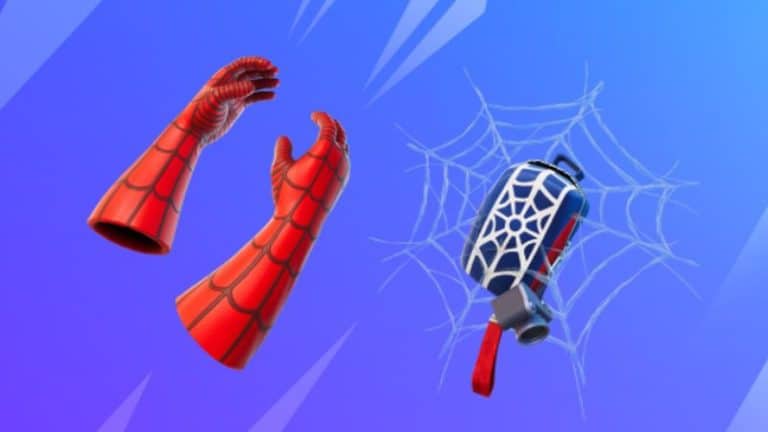 Following the game’s downtime on March 1, Fortnite patch 19.40 is here and brings with it a new week of themed challenges, new items in the shop, more quests, and changes to replays. Let’s take a detailed look at all the patch notes for Fortnite v19.40.

This week’s Quests will be themed around both Spider-Man’s Web-Shooters and the newly-unvaulted Bouncers, both available on the island this week. While Bouncers are back for the first time in Chapter 3, Spidey’s Web-Shooters’ availability has been increased. As well as the usual locations – namely anywhere you see giant spiderwebs – the Mythical Web-Shooters can now be found as Chest loot, meaning even more Loopers will be swinging around Artemis Island.

Amazing Web Week officially starts on March 1, 2022, at 6 am PST/9 am EST/2 pm GMT, which is when Bouncers and additional Web-Shooters will be available, and the new Quests will be launched.

On those platforms which support Fortnite’s replay mode, you will now be able to choose the time of day which appears in your replay. This means you can brighten things up by choosing the daytime or make things look moody during the darker night-time. While this can be done in all Battle Royale replays, the time can only be changed in Creative replays in which the Island’s creator hasn’t specifically set the time.

According to the official Fortnite patch notes, in order to change the time of day in your replay, simply head to camera settings, locate the clock icon, and use the slider to choose the desired time.

In another update to the Imposters mode, based on Inner Sloth’s popular social deduction game Among Us, a crucial improvement has been made to VC. With the new Proximity Chat, Imposters and Agents will be able to hear only those close to you on the map.

The Fortnite 19.40 patch notes also mention fixes to some major bugs. Firstly, some players may have noticed a “bright blue Hologram effect” on their Outfits while in the lobby – this has now been fixed. Also, an issue in which the names of POIs would appear in English regardless of your chosen language has also been remedied.