Fortnite and Uncharted come together. The upcoming crossover between fan favorite characters with both movie and game versions 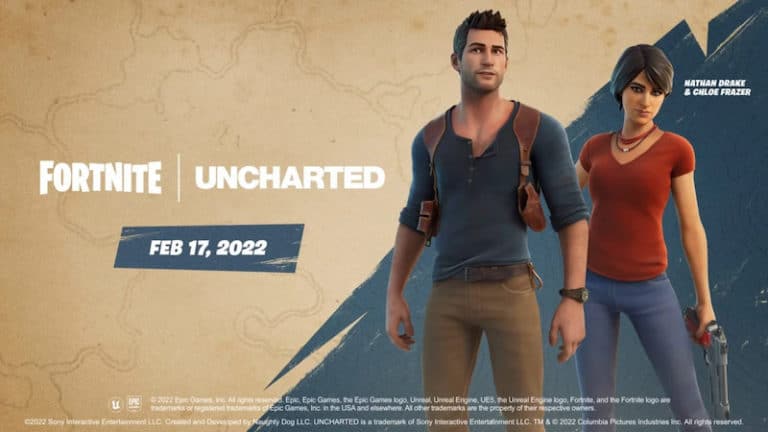 The collaboration is yet to be officially confirmed, but now a trailer for a crossover between Fortnite and Uncharted has leaked online.

Both movie and game versions of Nathan Drake and Chloe Frazer—main and side characters from the Uncharted franchise—are coming to Fortnite.

Additionally, it is also close to the release of the Uncharted: Legacy of Thieves Collection, with remastered versions of both Uncharted 4: A Thief’s End and Uncharted: Lost Legacy.

You will not only get the game versions of the characters, but also these, portrayed by Tom Holland and Sophia Ali. They play Nate and Chloe, respectively.

The game version of Nathan Drake is wearing his signature outfit from Uncharted 4: A Thief’s End, and Chloe Frazer is wearing her signature outfit. Tom Holland’s version looks less vibrant, with the outfit he was rocking in all the trailers for the movie. It also applies to what of Sophia’s character is wearing.

This Uncharted and Fortnite crossover works pretty well. All characters look very good, and the cartoony presentation fits them really well. It will be another addition from the wings of Sony Entertainment. Previously we had: Spider-Man, Aloy from Horizon franchise and Kratos from God of War coming to Fortnite in the past.

Make sure to stay up to date with the most recent gaming news and follow WePC News section. Take a look at Lost Ark delay hits F2P launch – ETA “matter of hours” and Fennec Shand skin joined by Krrsantan in Fortnite.