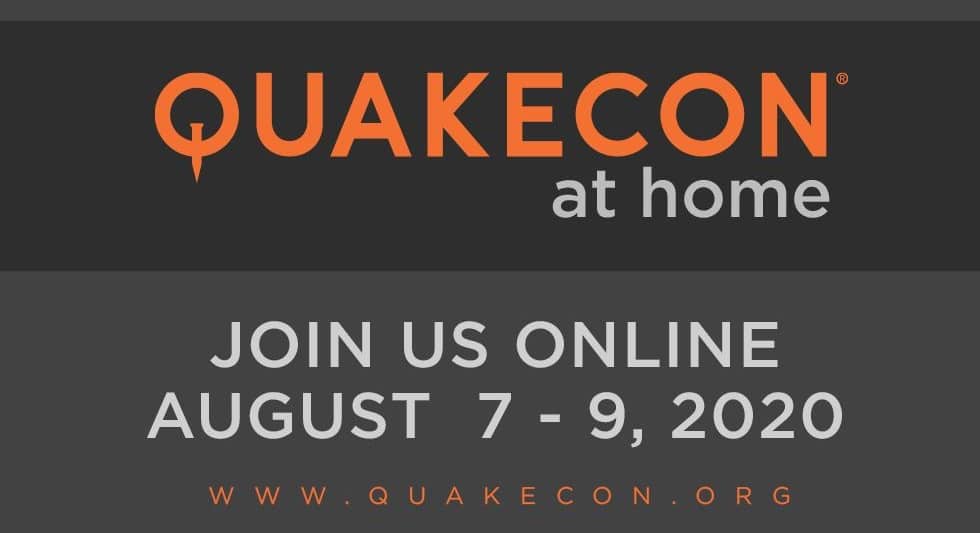 Following the cancellation of this year’s physical edition of the massively popular QuakeCon expo, Bethesda has announced a replacement event dubbed QuakeCon At Home. The original in-person event was initially scheduled for August 6th to August 9th, but Bethesda understandably canceled the conference in the wake of the global COVID-19 pandemic.

Stay tuned for more details in the coming weeks! pic.twitter.com/fGs5JF3k8c

The fully digital QuakeCon At Home, which takes place from August 7th to August 9th, will be a ‘global online event’ and feature live streams, tournaments, charity fundraising, and ‘a few fun secrets.’ Bethesda has even published a nifty rebranding that features the familiar Quake logo encased in a quaint little house.

There are few details currently available beyond that short description and the dates. Going by previous editions, we can expect Bethesda to use the occasion to showcase upcoming games alongside a few big announcements.

Deathloop, GhostWire: Tokyo, and Doom: Eternal DLC are likely to feature. It’d be great to hear what id Software is planning next now that Rage 2 and Doom Eternal are out in the wild, and possibly a peek at what MachineGames are doing with the Wolfenstein IP.

Don’t expect anything about Starfield or The Elder Scrolls VI, though. Bethesda says details about those two highly anticipated RPGs are still a way off. Then again, we haven’t heard anything substantial about either game since way back at E3 2018. A little teaser trailer would not go amiss.

It’s after Starfield, which you pretty much know nothing about. So if you’re coming at me for details now and not years from now, I’m failing to properly manage your expectations.

It’s a shame Quake fans won’t get a chance to participate in the LAN event that accompanies QuakeCon in its usual format. Hopefully, Bethesda can lessen some of that disappointment with some meaty announcements. The ‘fun secrets’ bode well in that respect.

As for how Bethesda plans to schedule the various events making up QuakeCon At Home, the publisher has promised to share more details in the coming weeks.