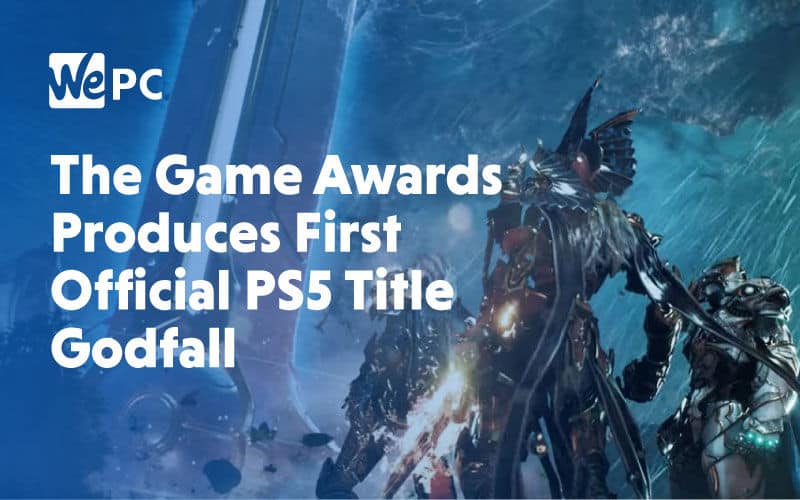 The Game Awards sprung up quite a few surprises, not least among them was a look at the first confirmed title for Sony’s next-generation PlayStation 5 console.

Developer Counterplay Games and publisher Gearbox Publishing lifted the curtain on Godfall, a ‘looter-slasher’ as described during a post trailer interview with The Game Awards host Geoff Keighley.

As is typical with these announcements, a trailer was produced for the occasion, but being of the cinematic variety, we know very little about what the core gameplay of Godfall is all about.

The footage is ostensibly pulled from in-engine, and it’s unquestionably a treat for the eyes, but it’s hard to glean whether this is a good indicator of what we can expect from PlayStation 5 games.

A freshly published website went up alongside the reveal, promising high-impact melee combat, legendary weapons and armor, and the possibility to play solo or in two and three-player co-op.

We’re thinking Borderlands with knights and a bit of Warframe thrown in for good measure. Gearbox wouldn’t be involved if there wasn’t a heavy emphasis on loot.

Counterplay Games has this to say about Godfall;

“As players face challenging missions in the world of Godfall, enemies and bosses will reward fans with head-turning loot as they are vanquished. Counterplay Games is aiming to feed into that yearning for the next best piece in your character build, so they plan to provide plenty of loot to players to ensure there’s meaningful impact to gameplay and playstyles.”

Gearbox says Godfall is slated for release during the holiday period 2020, presumably as a PlayStation 5 launch title, and is heading to PC as an Epic Games Store exclusive.