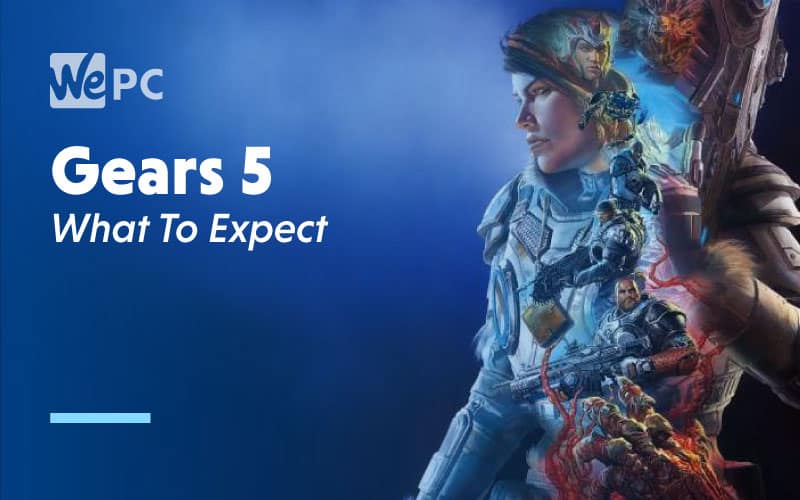 For Xbox players, one of the most hotly anticipated game releases has finally landed – Gears 5. For most of us, we still have a few days to wait until the full launch, but for those with Xbox’s Ultimate Game Pass, they can already start delving into the next chapter in the story.

So, let’s take a look at what to expect from Gears 5 as it launches today.

The Gears 5 storyline focuses on Kait and her quest to discover more about herself and where she came from. We’ve been granted to a number of harrowing and intriguing trailers over the last few months which have left us desperate to hear more about Kait’s story. Let’s take a closer look.

The cinematic trailer lays out the beginning of Kait’s story for us all to see. She’s going to be the focus of this game, and it’s going to be her own journey of self-discovery. But, of course, with some serious gunfights mixed in for good measure.

This action-packed trailer shows Kait finding what she’s looking for, and apparently, she needs to kill it. Followed by some exciting action sequences and ending on an incredibly ominous question, this trailer really digs down into the story we can expect to find.

A closer look at Kait shows that she’s fighting with her own mind in Gears 5. We see her experiencing visions of her friend’s deaths, her own madness, and eventually of the Locust Queen. If we weren’t worried about Kait before, we are now.

Swapping the focus onto Kait allows players to experience the story from her unique perspective, rather than from the outside looking in. And it creates some amazing story moments for the player. We won’t give too much away (although there are plenty of spoilers online already) but Gears 5 really delivers.

As well as a new storyline to explore, Gears 5 gameplay has had some updates as well. They’ve introduced new multiplayer modes and updated some of the combat and exploration options.

One of the new modes introduced in Gears 5 is Escape. This looks to be a multiplayer mode similar to Horde but with a different set of objectives. In the trailer, we see the team infiltrating the enemy base and planting some kind of bioweapon in the form of a bomb. It looks like they’re trying to be stealthy, although it doesn’t work out so well for them and they’re soon fighting their way out.

Showcased at GamesCom 2019, Horde mode is making a comeback for Gears 5. The popular multiplayer mode is back with extra bite. They’ve introduced some new mechanics for the gameplay and made each character more distinct. Every character now has their own unique Ultimate that they use during battle – basically like their own individual superpowers. These changes all seem to be for the better, and we can’t wait to defend against the hordes with our team.

This time around, we have a much less linear game experience, with multiple options available to explore on the map. While it’s not fully open-world, there are a number of options for the player when it comes to exploration. After starting the story on a desert island reminiscent of Uncharted, you also get the chance to explore an arctic wasteland, an abandoned mine, and a desert landscape to name a few.

Each area has a few side quests you can complete rather than a full open-world environment. It adds a nice touch to the story and definitely gives you the feeling of freedom and independence in the game.

Don’t worry, there’s still the bloody, violent combat we all know and love from Gears games. It never stops being satisfying to destroy a locust with your chainsaw, does it? For Gears 5 combat, we do get some fun new weapons to try our hand at including the Breaker mace that lets Kait knock locusts across the map like a baseball.

One area they’ve upgraded in terms of combat is the tactical side of things. Via an update system for your companion Jack, you can equip some cool new upgrades. The team-wide cloaking device helps you all sneak up on your enemies and another that will bring a Locust onto your side are some of our favorites.

Where to Buy Gears 5

Gears 5 is available to buy and play now for those with an Xbox Ultimate Game Pass and will be available to everyone else on September 10th. Here’s where you can get your hands on the game:

There are both physical and digital versions available but, if you want to play right away, then you’ll need the digital version and an Ultimate Game Pass.

Let us know when you’ve played Gears 5 and what you thought of the latest installment in the Gears of War series.