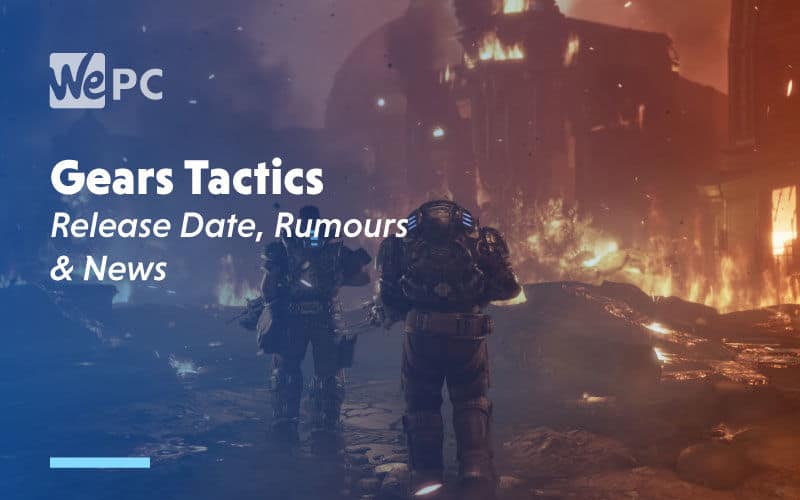 Developer The Coalition is teaming up with Splash Damage to bring the frenetic combat of the Gears of War franchise to the turn-based strategy genre next year with Gears Tactics.

Gears Tactics is slated for release on April 28th, 2020. Xbox Game Studios is publishing the game exclusively on PC via the Windows Store, Steam, and as part of the monthly subscription service Xbox Game Pass.

There is currently one proper trailer for Gears Tactics alongside an on-stage announcement video from E3 2019 that showcases a little gameplay.

The E3 video sees The Coalition studio head Rod Fergusson reveal the game alongside the mobile-only Gears POP. We catch a few short snippets of pre-alpha footage that showcases Gears Tactics’ turn-based gameplay loop with environments that will be all too familiar to those acquainted with the mainline Gears of War titles. It’s short and sweet, revealing very little about the game.

Moving on, we have the first proper trailer, dubbed a world premiere that aired during The Game Awards 2019. Unabashedly channeling turn-based strategy mainstays like the XCOM and Wasteland franchises, we get our first proper look at the game in the flesh.

The trailer sets the scene for Gears Tactics, place chronologically before the events of the most recent mainline Gears games. Part cinematic, part gameplay, we get a real sense of the vibe of Gears Tactics.

Gruesome The Locust enemies, cities laid to waste, brutal take-downs, snarky characters, a gritty color scheme, and a fair share of expletives. It’s Gears of War through and through, notably in tone. Save Sera and make a mess while doing so. Rise up and fight, as the marketing blurb goes.

Tapping into the rich history of isometric turn-based strategy games, Gears Tactics is, as the name suggests, banking heavily on tactical combat. Gameplay oscillates between the aforementioned isometric viewpoint and third-person over the shoulder segments where players can take down enemies up close.

The player must recruit and command a squad then lay waste to hordes of enemies making use of environments, a teeming arsenal of weapons, and cunning strategy. Individual squad members can be upgraded and given specific roles based on the weapons you choose. Equipment and skills can also be upgraded for a customizable playstyle.

Gears Tactics will have a 40-hour campaign where players take on the role of rugged soldier Gabe Diaz as he vies to save the world from the advancing Locust. The story is one of survival against the odds and clawing back control of Sera from the pillaging Locust.

With release edging closer, the Gears Tactics marketing push should start in earnest before long at which point we should see some more in-depth footage of the game in action as well as details about how it plays, the level of customization, and more insight into the narrative The Coalition has penned for the occasion.

With its first foray beyond the relatively comfortable confines of the Gears’ established third-person shooter roots, it will be fascinating to see how The Coalition takes on the challenge.

The Gears franchise seems suited to a turn-based strategy rework. Gears Tactics bodes well, and fans will jump at the opportunity to dive back into the world of Sera so soon after the release of Gears 5.