Genshin Impact 2.6 – what we can expect

We have had a rare sneak peak at what is to come in Genshin Impact beyond the next update, let's have a look 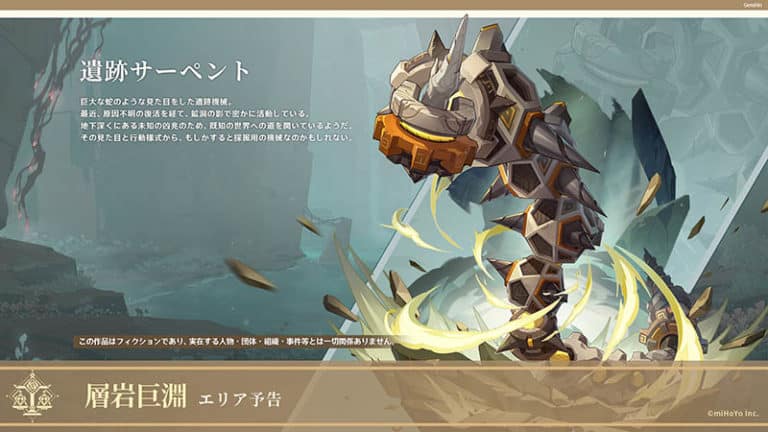 During the live stream for Genshin Impact’s 2.5 update earlier today we also got an unusual sneak peak of a future update with MiHoYo giving us a special preview of some of the stuff that will be arriving in the 2.6 update (the 2.5 update won’t be with us until mid-February, so this is some way away at this stage).

While we didn’t get to see heaps, we were given a look at some of the art of a new location that will appear within The Chasm – The Surface.

This area will be explorable by players and you will also get to battle the Ruin Serpent – who you can see in the image above.

The Chasm, we are told is an area where a massive celestial body crashed down to the planet which was then turned into a mine. As you can see from the image, the serpent looks like a machine, but we know nothing further at this stage.

Still, it was cool to see something a little further down the line and we will obviously find out more about Genshin Impact 2.6 as the weeks pass by.