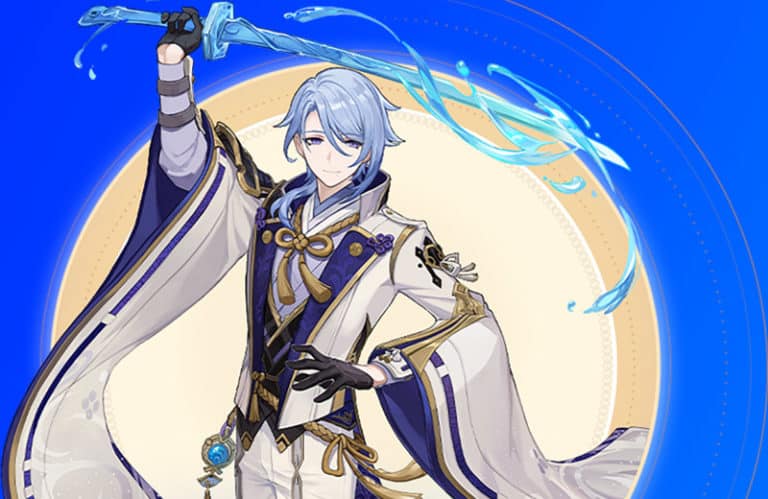 The new Genshin Impact 2.6 update is almost with us and Genshiners (I’ve made that up yes, but I quite like it) are ready to explore all the new goodies about to be thrown at them. So what can we expect, what are we going to face and more importantly, when can we get it?

When is Genshin Impact 2.6 Lost Valley update out?

March the 30th is the day so we are literally minutes away at this stage. Phase one will contain both Ayoto’s banner and Venti’s re-run. We will wait until the second phase, towards the end of April for the return of Ayaka.

We don’t have an exact time as yet, however, if we are to go by previous maintenance updates expect 2.6 around these times.

What new characters are in Genshin Impact 2.6?

Genshin Impact 2.6 will bring us one new playable character and a couple of reruns. The new character is Ayato – the current head of the Kamisato clan and the brother of Ayaka.

The 2.6 reruns will be Venti and the aforementioned Ayaka which will come later in the update cycle. This is actually Venti’s third rerun so may well be the last time we see them. Wishing on Venti’s banner is from March 30th.

The second rerun is Ayaka who is back for a first one here. Known as one of the most damaging characters in the game, maybe will be delighted to see her back.

What new weapons are in Genshin Impact 2.6?

We have a new five-star sword in the 2.6 update and that is the Harran Geppaku Futsu – a famed work by the Futsu line of smiths. The name Haran comes from the manner in which it resembles the violent, rolling waves. Apparently.

What new artifacts are in Genshin Impact 2.6?

We have a couple of artifacts permanently arriving with the 2.6 update, the pick of the bunch being.

The Chasm is the new region arriving in the 2.6 update. We have been aware of the area for ages as it has been on the map for an eternity but we have never previously been able to visit it. That all changes today so get ready to go exploring. You can check out a great interactive map of the region here.

Here are the times for Hues of the Violet Garden events

The Lost Valley can be found in The Chasm, the new area unveiled today in the 2/6 update. It is here you will find the Echoes of an Offering and Vermillion Hereafter artifacts.

To get to the Chasm you need to

Are there any new monsters in Genshin Impact 2.6?

Do not be disappointed as the 2.6 revision is throwing in the Floating Hydro Fungus and the more formidable sounding Black Serpent Knight Windcutter – and none of those four words sound good for us!

How to update Genshin Impact to version 2.6

PC: Close the game, open the Genshin Impact Launcher, and click Update.
iOS: Open the App Store and tap Update.
Android: Open the game and follow the directions on-screen.
PS5™ and PS4™: Highlight Genshin Impact from the Home Screen, press the OPTIONS button, and select “Check for Update.”
Please do not hesitate to contact Customer Service if you encounter any issues installing the new version. We will do our very best to resolve the issue.