If you missed the KFC glider skin in March, you can get it now. 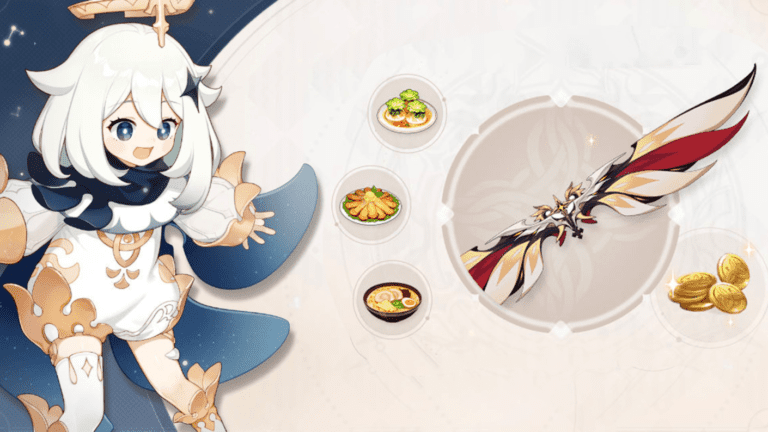 Table of Contents hide
How to get the KFC Glider skin

Perhaps one of the most unlikely and unexpected team-up collaborations in modern gaming. You’ll probably be familiar with Genshin Impact, the gacha game that’s widely popular. Whether it’s as popular as it is because of its gorgeous environments, fun gameplay or cute 2D girls and boys, we may never know.

You may also be familiar with KFC, and their ‘finger lickin’ good’ chicken.

So of course, these two are the ideal mash-up, right? Well there is a little more to it…

From March 8 to March 21, 2021, Genshin Impact collaborated with KFC restaurants in China. This collab first leaked in February, with pictures of Diluc and Noelle. This artwork featured Diluc and Noelle in KFC uniforms, so of course players assumed that these skins would be released. But sadly, it was only featured artwork. Instead, the collab included a glider skin, in-game food based on KFC’s menu and special merch you could get by eating at the participating KFC restaurants in China.

It was thought that there was no other way to get the KFC glider skin until now. Where you can get it through twitch.

How to get the KFC Glider skin

So, first off, you’ll need to have an Adventure Rank of 10 or above to get a Genshin Impact KFC glider Twitch code.

As long as you meet that condition, you’ll then need to support one of many streamers listed by miHoYo. They will provide a list of streamers on November 24th, at which point we’ll update this article with said list.

When November 25th comes around, you will get the Wings of Feasting wind glider through buying two months of Tier 1 subscriptions for a streamer. Doing this will reward you with a redemption code that contains the following:

Remember, this code is one-time use and you’ll need to use it before December 15th, as it’ll then expire.