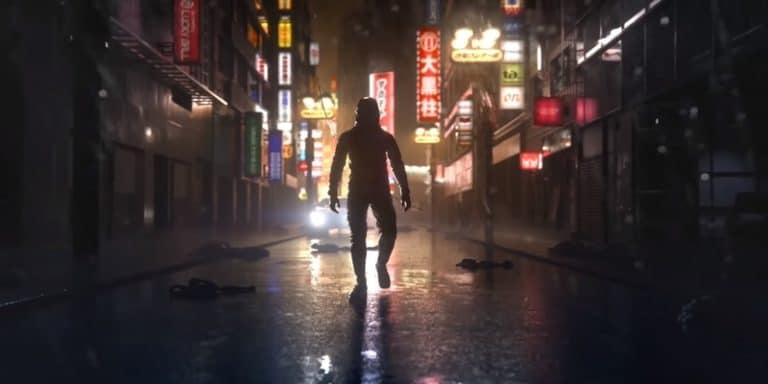 Ghostwire: Tokyo is almost here. And for many fans it can’t come soon enough. Now, the wait is nearly over. Ghostwire: Tokyo has been confirmed to release on March 25th. And before that, an official gameplay showcase will take place on February 3rd at 2pm PT. It can be viewed on the Playstation Youtube channel.

Ghostwire: Tokyo has been highly anticipated since its reveal at E3 2019. There, the intense trailer left many desperate to know more details. And fans were not disappointed, the game was shown to be developed by Tango Dreamworks. This placed it under legendary horror designer Shinji Mikami

Along with its pedigree, Ghostwire: Tokyo’s gameplay has intrigued many. For one, despite Mikami’s involvement, it will not technically be a horror game. though it will still retain horror elements. And these elements appear fresh and distinctive. Ghostwire: Tokyo weaves Japanese folklore into neon-drenched city streets, in a kind of urban horror-action hybrid.

Players will be tasked with fighting against ‘The Visitors’. These strange entities are based on Yokai; figures of Japanese myth. This means that the game can develop endlessly creative foes to despatch. rather than being chained down to typical horror tropes. This should help it to stand out from the pack.

If there is one thing spoiling the excitement for Ghostwire: Tokyo, it would be the departure of director Ikumi Nakamura. Nakamura was a large initial selling point of the game. She catapulted to internet celebrity status following the game’s reveal. And so it came as a shock when Nakamura left Tango Dreamworks after nine years, shortly after the E3 conference.

Despite Nakamura’s departure, progress on Ghostwire: Tokyo appears to have proceeded without complication. Players will get chance to dive into its stylish spectre-slaying world on March 25th, as a Playstation 5 timed exclusive.