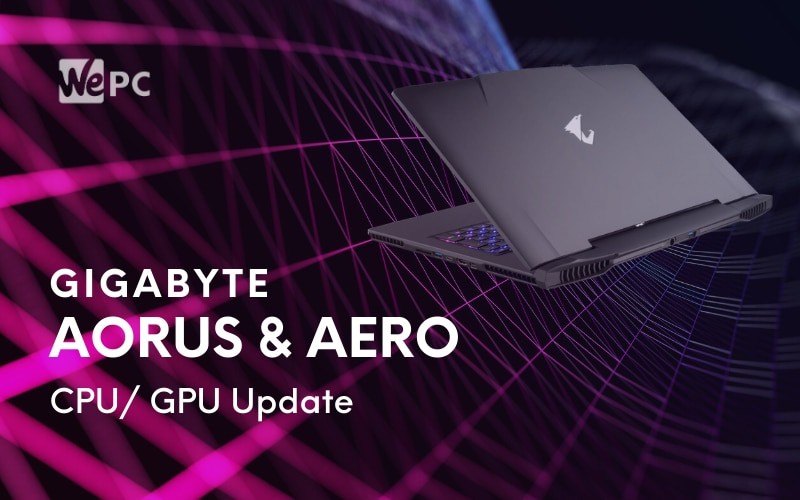 GIGABYTE has joined the bandwagon of manufacturers unveiling refreshed versions of their gaming laptops, with an Intel and NVIDIA-flavoured facelift to its AORUS and AERO line ups. As we’ve seen elsewhere, the new models make use of Intel’s freshly-launched 10th-gen Core i9 and i7 mobile CPUs as well as NVIDIA’s GeForce RTX 20-series Super GPUs.

GIGABYTE’s unique approach is that it has drafted in the expertise of the G2 esports outfit for the launch of the new laptops and notebooks. Notable features spawned from the collaboration include mechanical keyboards, 240 Hz refresh rates, and better cooling tech.

GIGABYTE says the AORUS models are now the lightest gaming laptops on the market thanks in part to mechanical keyboards from OMRON and, in particular, smaller mechanical switches.

The CPU and GPU get the same treatment as the AORUS line with Intel 10th-gen Core i7 and i9 chips as well as NVIDIA GeForce RTX 20-series Super GPUs.

GIGABYTE says they’ve also improved cooling by implementing the WINDFORCE Infinity tech and is using the NVIDIA studio driver to make the notebooks compatible with over 40 editing programs for all-round better efficiency. The AERO models also ship with a 144 Hz refresh rate.

GIGABYTE aims to offer the AERO as a versatile solution capable of handling the demands of professional workloads, gaming, streaming, and general use.