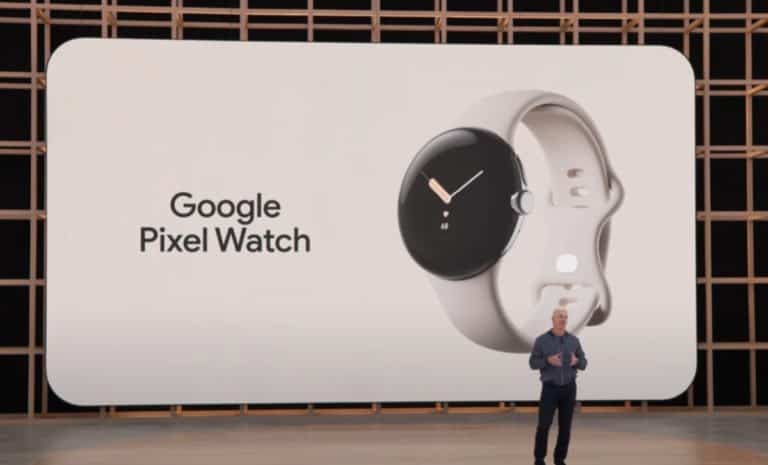 It was announced during a keynote at Google I/O back in May and looks to compete with the current smartwatch crowd, mostly dominated by Apple and Samsung, accompanying the new Pixel 7 tablet and phone.

From what we’ve learned from I/O 2022 combined with other leaks, and speculations, the Google Pixel Watch looks like it’s going to be a strong contender too.

You cannot currently pre-order the Google Pixel Watch, however, the current best estimate is that Google Pixel Watch Pre orders will go live immediately following the Made by Google event launch on October 6th, 2022.

Previous Pixel phones were available to pre-order around the end of September/beginning of October in their respective release years, and we see no reason why google would break from this rhythm. In the meantime, you can sign up for email updates via the official Google Store website, this way, you’ll probably know sooner than we do.

Google intends to launch the Pixel Watch in tandem with the upcoming Pixel 7 phone. This will then form an ecosystem with their tablets

We’ve also heard from reliable insider John Prosser, that the Google Pixel Watch release date will be October 13th. He claims that this information comes from ‘very reputable sources’ but only time will tell how reliable these sources are.

According to frontpagetech and their “Very reputable sources” Both the Google Pixel 7 and Pixel Watch release date will be October 13.

After months of speculation and intense wrist-staring sessions, Google has finally given us what we want with a whole video showcasing the design of the Google Pixel Watch, so have a gander below.

From this video, we can confirm that all the leaks we’ve been seeing over the last few months are actually fully legitimate and we have to say the design looks great.

Google has gone for a design that straddles the line between the traditional look of the Galaxy Watch 5 and the modern square look of the Apple Watch Series 8.

We think the result is great, as the round shape harkens back to the traditional analog wrist watches and the smooth rounded glass keeps it looking just a little bit space-age.

Here’s where we are going to provide you with quicker, more easily digestible answers to the most common questions we’ve found surrounding the upcoming Google Pixel Watch.

Is google making a pixel watch?

Yes, they’ve now officially announced one, and are slowly drip-feeding the media specs, release times, and other info. More about this can be found throughout this article.

How much will the new Pixel Watch cost?

Around $300-$400. This makes sense as it marginally undercuts the competition Apple Watch Series 8. More detail can be found in the ‘price’ section of this article.

READ NOW: Google Pixel 7: Everything we know so far

Of course, Google hasn’t yet officially revealed the Google Pixel Watch price, but according to Yogesh Brar, It is likely to retail for somewhere between $300-$400.

This puts it right between more budget offerings like the Fitbit, and the premium options like the upcoming Apple Watch Series 8.

We’ll keep this page updated regarding the price, but for now, the Google Pixel Watch price does look to slightly undercut the Apple Watch.

READ NOW: Apple Watch Series 8: Everything we know so far

There are a lot of different options on the specs, however, given the competition that the Pixel Watch will be up against, it better come out swinging.

While previous rumors stated that the Pixel Watch would be powered by a Qualcomm Snapdragon Wear 4100, current expectations have shifted.

It’s now thought to contain a Samsung Exynos chipset, which is ironic considering that Samsung is one of its primary competitors.

Other potential specs include a 300mAh Battery, 2GB RAM, and 32GB of internal storage, which would certainly make it pretty competitive.

Additionally, both the Pixel Watch and the Apple Watch are manufactured in the same factories, probably with the raw materials. This means that they might be very similar.

However, some things are not as positive. We are likely to see a USB Type-C charging interface, but, according to TomsGuide, we aren’t going to get a fast charging, but we’re covering this more in the section below.

Unfortunately, from what we’ve heard, it doesn’t look too spicy, but then again, smartwatches don’t tend to have extensive battery lives regardless of which brand you go for.

According to one of 9to5google’s sources, the Google Pixel Watch battery life is expected to last a day at the most. This is due to the 300MaH battery.

This sounds bad, and it’s certainly annoying if you forget to charge it, but given that most of us don’t sleep with watches on, and they normally charge via contactless charging pads, it’s still going to last long enough.

However, we’d still prefer a larger battery, but when the name of the game is comfort and lightness, adding a massive battery might have some knock-on consequences that would be unideal.

There has been an update to the Fitbit app, warning users of the Pixel Watch that proper sleep tracking won’t be possible if the battery is less than 30%.

Given that the ideal amount of sleep, by most people’s estimations, is around 8 hours, this seems to confirm that the Pixel Watch battery life is around 24-hours at the most.

This will probably disappoint some people, but if you’re not into sleep tracking, you’ll probably find it sufficient enough.

9To5Google is fast becoming a very reliable source for us, and they’ve recently learned from their courses, that the Google Pixel Watch strap designs will be varied and numerous.

As usual with smart devices, Apple tends to influence everything that comes after it, and the aforementioned source informed 9To5Google that the Pixel Watch strap range would include some very similar stuff to what we’ve seen from Apple.

Supposedly, we’re going to be seeing genuine leather and metal linked straps from the more expensive premium options, and a mixture of fabric and rubber for the lower end of the pricing spectrum.

If you’re after the coolest band on offer, Google is also apparently working on a Milanese-style band for the Pixel Watch. You’ve probably seen one of these, even if you’re unfamiliar with the name.

These are the bands that straddle the fence between fabric and links. They are essentially a sort of woven metal mesh that has the breathability of metal and flexibility of fabric. It’s going to be pricy though, Google’s Milanese band goes for around $100 on its own, so we expect similarly high pricing from google.

Weirdly enough, Mark Gurman (markgurman on Twitter), known mostly for his work accurately predicting leaks on Apple products like the Apple Watch Series 8, appears to be pulling double time with Google stuff too.

He’s spotted Sundar Pichai (ECO of Alphabet inc, which is a subsidiary of Google) wearing what really does look like the Google Pixel Watch.

Thanks to a crafty user on Reddit (u/tagtech414/), we’ve also got what look to be genuine photos of the Google Pixel Watch. Of course, we’ve already seen imagery from Google I/O 2022, but seeing the watch in situ is always preferable.

Annoyingly, the watch featured in these images doesn’t appear to be running any functional OS, so we can’t get a look at how the UI is, however, we now have a very good idea of the Google Pixel Watch design.

It looks to be good news too, as we really like the smooth rounded-off dome look. This sets it apart from the square Apple Watch and the circular, but still sharp-edged Samsung Galaxy Watch.

Additionally, we have some context of the size when compared to the Apple Watch and Galaxy watch too.

From this, we can see the Google Pixel Watch is far more minimal than the Galaxy Watch, and even gives the Apple Watch a run for its money in terms of minimalism.

The PIxel watch will be running Wear OS 3, according to the keynote, it’ll feature a more fluid UI, with more refined notifications.

Additionally, It’ll have an all-new set of integrations with google home. This will allow for more streamlined control of lights, alarms, music, and anything else you’ll do with google home.

According to Google’s official product page for the upcoming watch, the health monitoring capabilities will come courtesy of tech health giant Fitbit.

This makes sense as Fitbit was acquired by Google in 2021, however, this might not mean truly native support, as there is a small disclaimer on the webpage that states “Some features may require Fitbit account and mobile app.”.

So, if you were hoping to benefit from these features without having to sign up for something, it seems that you are out of luck, sorry.

This is a weird comparison to make. Normally we consider the features, price, and performance when deciding between products, but the nature of smartwatches sort of prevents this.

This is because they are so tightly paired with a phone that the brand of the phone typically makes the decision for you, as using a Pixel watch with an iPhone or vice versa will prevent some key features of the watch in question from being used.

So, apologies for the anticlimax, but we recommend getting the latest watch that matches your phone, as this will allow you to use all the features.

Can Pixel watch work with iPhone?

Yes. Almost certainly. The Pixel Watch will be using the Wear OS 3 software, which has native support for iPhone connections, however, the overall functionality may be limited.

This is unsurprising as people with iPhones would probably opt for the upcoming Apple Watch Series 8, and those buying a Pixel Watch probably already have a Google Pixel 6.

Will the Pixel Watch have ECG?

Yes ECG (Electrocardiogram) is a tool that can discern information about your heart rate by reading the electrical signals from your skin. This has been a feature on some Smartwatches for a while now, so we expect to see it on the Pixel watch, too. 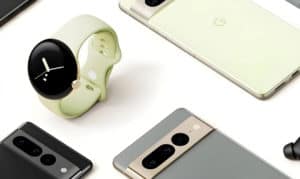 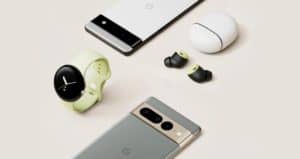 *UPDATED* Where to watch Google Pixel event: Made By Google launch time