See the Amazon in VR - and in survival genre gaming. 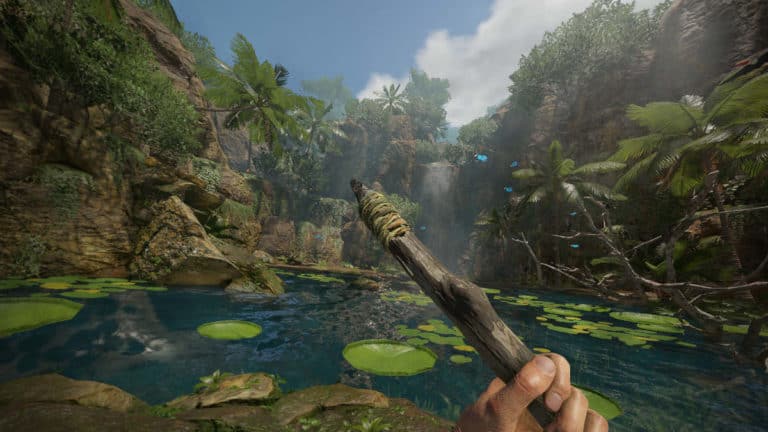 An amazonian survival game, Green Hell is getting a new VR experience today during the Upload VR showcase. The game is built from the ground up, and produced by a different studio, named Incuvo. The announcement also comes with the sale of the new VR version, along with introducing a new Green Hell bundle for both games.

For those unaware of the core Green Hell experience, it is a recreation of the dangers of the Amazon jungle. Players need to manage food, water and all other elements of human survival. This is on top of all the threats and foes of the Amazon jungle, including predators, and tropical infections.

In addition, the Green Hell VR version follows through with the original game story, taking the protagonist, Jake Higgins into the Amazon. You will follow the game story, along with learning more about the game’s crafting, albeit with a  VR interaction spin, along with a more engaging and “hands-on” building and using healing.

For those interested in the Green Hell VR, the game is out now. It is currently running a 10% discount on the release until June 16. It gives those with a  VR headset looking for a new survival VR experience plenty of time to invest. The game is currently priced at £17.54 with the discount but should be around £20 or $22 roughly with conversions. There is also a bundle that has a 24% discount if you want to get both versions of the game.

Note that the regular PC version of Green Hell is its own game, with more seasonal content that has expanded upon the game features and story. If you want a more concrete experience, the full game may be for you.

Remember, you can check it out on Steam, and see the official trailer of the VR experience yourself. Green Hell VR was announced months ago, but the game is now live, hence the gameplay trailer, which is hosted on the IGN YouTube channel