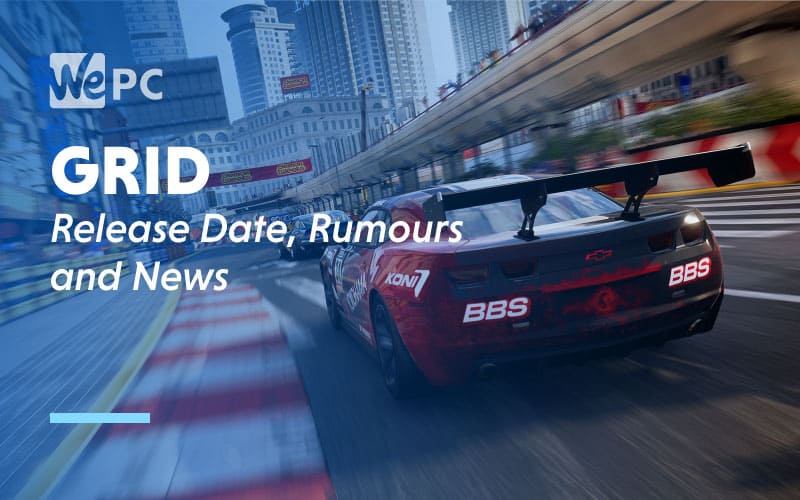 In the runup to a brand new game release in the GRID franchise, Codemasters have released exciting new details, teasing car rosters, career progression, and post-release support. Following on from its two predecessors, GRID is looking to continue the development of a racing game with a personalized career route.

Fans of the series would have been a little bit disappointed last month when the original GRID release date was pushed back, Don’t worry though as it’s looking like you’ll finally be able to get your hands on this game soon.

The racers among us will be able to get our hands on this title on the 11th of October. This comes after an almost five-year gap since GRID Autosport’s release.

If you’re desperate to get your racing fix, you could even purchase the “Ultimate Edition” which allows you to access the game three days earlier. This option also comes with extra “GRID Edition” cars, banners, and liveries that you won’t be able to access otherwise.

With Forza and Gran Turismo’s roster of cars seeming to ever-expand, Codemasters seems to have gone for a smaller yet varied number of cars. In a recent blog, Codemasters gave us an insight into just how many cars you’ll be able to get your hands on at the launch.

A variety of racing classes are set to be represented in this title. Ranging from road cars, Japanese tuner cars, and the Le Mans prototype winner Porsche 917; fans of the series are set to experience the best multi-class racing on offer.

Although this number pales in comparison to Forza 7’s 700 car roster, this series has always focused more on the storylines within racing rather than the full-on simulation aspect. One thing we’re interested in seeing is just how much of an improvement has been made to Autosports AI, which many complained was too arcadey and unrealistic.

Things to Look Forward to

Codemasters is no stranger to creating cutting edge racing games, with its more popular title F1 2019 picking up a stellar 8.5/10 review from IGN earlier this year. It will be interesting to see whether any of the AI improvements made here will cross over into the GRID universe!

Recently, GRID was presented at Gamescom 2019 and received a very positive reception, being named ‘Best Racing Game of Gamescom 2019’. Fans of the series were impressed by the new race personalities added this year and how this impacts the racing experience. Rivalries can be formed on the track depending on how aggressive you are, and these personalities will attack or defend you more harshly based on how you’ve treated them. This will bring the storylines that real-world racers experience to the track.

Formula 1 legend Fernando Alonso was also involved in the production of the game as a race consultant and will have provided a wealth of knowledge used when creating these personalities.

Thankfully, it appears that the same side-scraping frantic action that made GRID famous in the first place is still in the game. GRID doesn’t punish you for making mistakes as harshly as other driving sims and this is one of the reasons we love it. Bumps and bangs this year will now translate into long-lasting storylines throughout your career.

Classic tracks such as the fan-favorite Barcelona and other street circuits are brought back to the series this year. The updated graphics really bring these cities to life, that’s if you can take your eyes off the road for a moment to truly enjoy them!

GRID is set to release on PC, Xbox One and PS4 on October 11th, arriving on Stadia shortly after. With GRID Autosport available on Nintendo Switch in September, could it be likely that the newest game in this franchise will one day make it to the Switch?

For now, though, it’s only a short wait until you can get your hands on the game. Excited to start your engines? Let us know in the comments below how you plan on playing your career, are you going to play it safe or make as many rivals as possible?