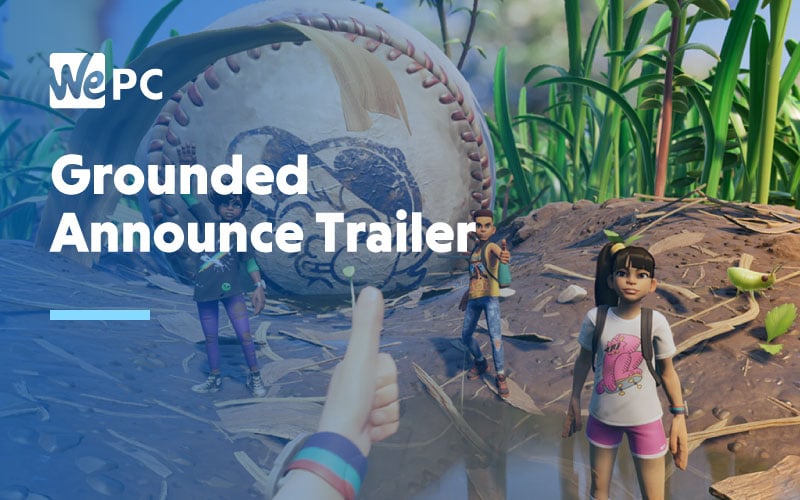 In what is a distinct departure from its usual RPG stomping grounds, developer Obsidian Entertainment announced it is working on a new survival title, dubbed Grounded, during yesterday’s Inside Xbox XO19. As is customary, The Outer Worlds‘ creator brewed up a trailer for the occasion.

From what we can tell, Grounded is a bit like Facepunch’s Rust meets the 1990’s movie Honey I Shrunk The Kids as players take on the role of teenage survivors no larger than ants. Obsidian has conjured up a supersized world set in a sun-drenched back garden with towering blades of grass, rocks forming precipitous canyons, monstrous bugs and insects, puddles of water appearing as lakes, and massive gardening tools.

Players jump in as one of a team of four in multiplayer and will face combat, build bases from gathered materials, navigate burrows as a network of underground tunnels, craft tools, and weapons, use spider webs as trampolines, and weather a day/night cycle. It’s pretty standard fare for a survival title, so expect the usual loop of gathering resources, finding blueprints, and crafting gear to progress forward.

Graphically, Grounded is more akin to Sea of Thieves or Fortnite than the usual Obsidian aesthetic, which suggests the game will take on a far less serious tone.

The developer says a skeleton team of a dozen people is working on Grounded, which suggests its a rather small scale endeavor. It’s more of an experiment than a new direction for the studio, and it’s refreshing to see the developer try something different. Obsidian also confirmed it has other purely RPG titles in the works as well.

Obsidian has penciled in Spring 2020 for release on Xbox Game Pass for console and PC. With Xbox acquiring Obsidian last year, we imagine it will ship as an Xbox exclusive.