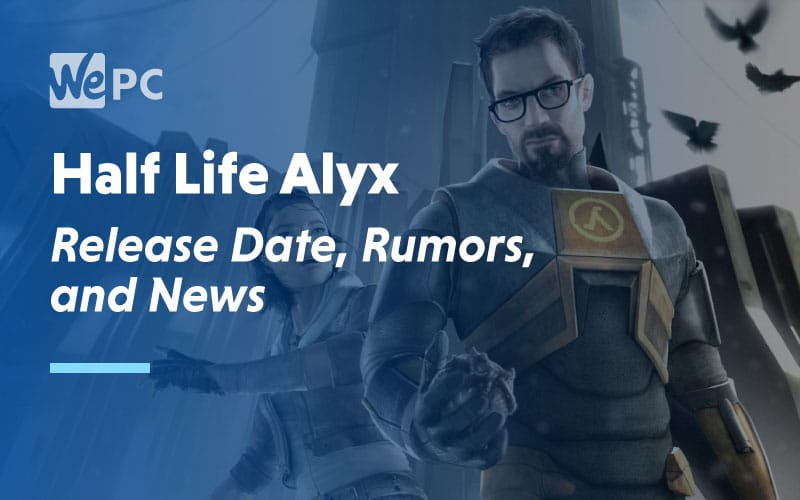 It’s finally happened. In news that fans have waited for what has felt like an eternity, we will finally return once again to the Half-Life universe. It’s been quite a long time since we’ve heard from our favorite protagonists, but just to recap, Half-Life 2: Episode Two released back in 2007!

It’s almost been three years now since Valve announced that they were jumping into the VR market with three full-length games, and although we all hoped, we didn’t really expect them to be about Half-Life.

So far, the only thing we have to go off is a tweet from a recently registered Valve Twitter account. We will receive more information this Thursday at 10 am Pacific Time according to the Tweet. We don’t know what this information will be yet, but if it includes a release date we’ll be sure to update this page!

We’re excited to unveil Half-Life: Alyx, our flagship VR game, this Thursday at 10am Pacific Time.

Can’t wait to share it with all of you! pic.twitter.com/BupFCxSrTw

However, we can speculate that we may see a March 2020 release date for Half-Life: Alyx. This comes from an interview leaked between Geoff Keighley, Robin Walker and an unnamed third person.

We also don’t have much information on what the game will entail as of yet. We know that it will include the use of virtual reality and may even be a VR-only title. This will be a shame as it will price out a lot of the fanbase that hasn’t upgraded their rigs to support VR levels of gaming yet, or even purchased a headset for that matter.

Some people believe that this may be a prequel to the original series’ timeline, with events taking place from the perspective of Alyx Vance. With Half-Life being known for its impressive puzzle elements, we assume that this will play a major part in this title – especially with the VR-elements. It’ll be interesting to see just what Valve can accomplish puzzle-wise while utilizing virtual reality.

A leak from the Source 2 game engine seems to point towards a control system that is labeled “Grabbity Gloves” within its codebase. Given the series’ emphasis on gravity-based puzzles and Half-Life 2’s famed gravity gun, could we see ourselves using some kind of gravity-grab gauntlets of some kind to quickly interact with the environment?

This would work pretty well with Valves’ new controllers which have been built with the aim to allow for natural input and “high fidelity hand presence” within VR.

We can think of no better company to explore the realms of VR than Valve, with their experience in innovation, we may see some of this transpire into Half-Life: Alyx.

Keep checking back on this page as we will continue to update it with any breaking news as it happens. Also, be sure to follow the channel Value used to announce the title as further updates may appear there!