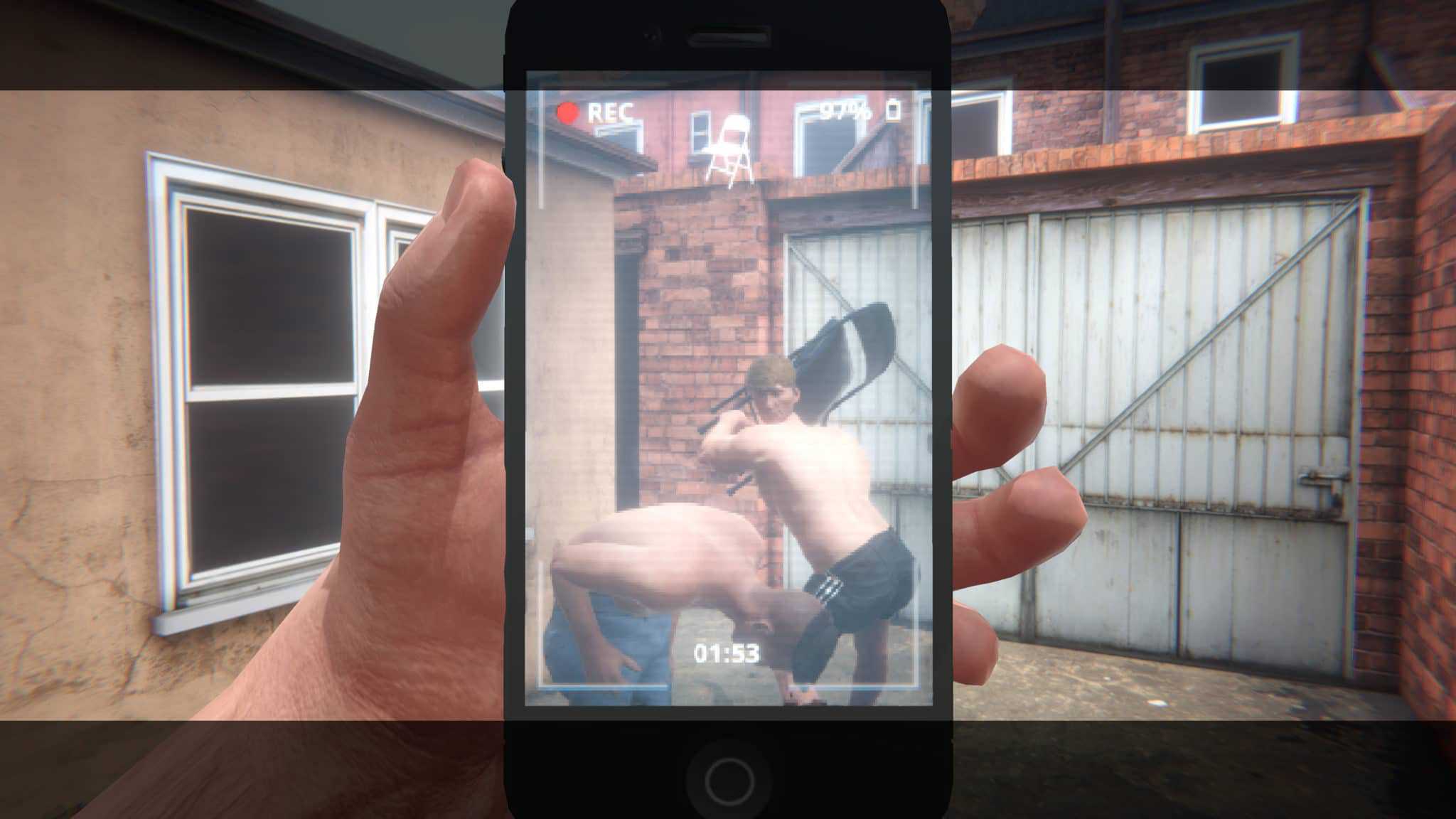 If you are after a game that offers something a little bit different, Hard Lads is a new indie game released on Itch.io. Described as a “masculinity simulator”, Hard Lads is a short game with a simple but unique premise. It’s about “shirtless hunks who smoke, drink, kiss, and hurt each other”.

If it looks familiar, that’s because the game is based on a viral video from 2015 which included British men hitting each other with chairs.

In this game, you play as both the cameraman and director and can choose what each character does to each other. You can “be a proper hard lad or a surreal soft lad. The choice is yours!”

You can see the recent gameplay trailer below which gives you an idea of what you can expect with this game.

As you can see from the trailer, the player can make each character do a variety of actions from smoking to smashing someone over the head with a bottle. The player holds up a phone to watch and record their own chaos unfold.

The game is played in 5-20 minute bursts but that’s probably long enough to get one of the songs from Lynks Afrikka stuck in your head.

Pay What You Want While Supporting a Charity

The game is free but they ask for a donation where you can pay what you want. £5/$5 is the suggested donation, but generous users can “buy a round” which equates to around $20.

50% of the proceeds from June and July 2020 will be donated to the Black Lives Matter UK Fund which will help support black activists and organisers around the UK. The rest will all be used as a “donation to procure delicious beverages” and we don’t blame them!

The system requirements for this title aren’t going to be too difficult to achieve. “If your system was made in the last 4 years, it’s probably OK”.

All you need is a 64-bit CPU with at least 4 GB of RAM. You’ll also need at least DirectX 9 and above and SM 3.0 and above for your graphics. Your operating system needs to be at least a Windows 7, MacOS or Linux 64-bit and above.

What do you think of the gameplay trailer? Is this something you’d like to pick up to pass a few minutes of time? Let us know in the comments below.