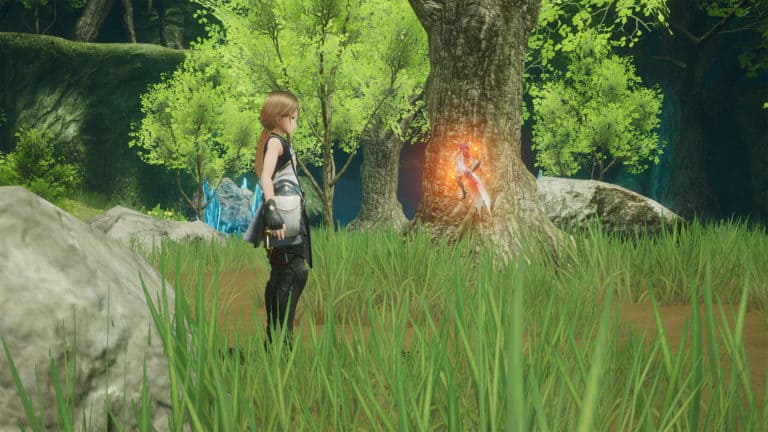 Table of Contents hide
What Is Harvestella?
When Is The Game Releasing & On What?

Square Enix has a lot of games releasing in the next couple years, huh? Forspoken, Final Fantasy XVI, Final Fantasy Rebirth, and that’s just naming the really big hitters. Now they’ve announced a brand new game that combines fantasy with life simulation in Harvestella, and we have all the details on the game, the release date of the game and which platforms the game is going to be dropping on. So read on, grab your hoes (no, no those ones) and prepare to farm with Harvestella, the newest Square Enix title coming soon.

Harvestella is a combination of the traditional Square Enix JRPG battle gameplay with Stardew Valley-esque gameplay in which you grow crops, interact with the world around you and create new friends as you do so.

From what we’ve seen of the game so far it looks like what you’d expect from a traditional Square Enix JRPG, with combat gameplay akin to many of the companies other titles, but this is pretty much one of the companies first forays into the life-simulator genre. The world you’re travelling around consists of the following:

You’ll use these locations and your map in conjuncation in order to reach the four Seaslights, giant crystals that helps to control the seasons. Across the way you’ll make allies such as Shikra, Heine, Asyl, Aria and more. You’ll be able to help them face their worries and desires in order to get a deeper understanding of the characters and find out exactly what makes them tick, with the combat system also playing a part in this. The combat system has you switch between jobs such as the Fighter, The Shadow Walker and the Mage, allowing you to use your entire party at their peak and figure out how they work best.

Past everything mentioned above we don’t really know a whole lot about the game, which makes sense considering it was only revealed yesterday. Since the game itself is releasing relatively soon we can expect a whole host of new information in the next few months as to how the game functions and the systems within the game itself.

When Is The Game Releasing & On What?

The game is currently slated for release on 4th November 2022, and will release on Nintendo Switch and PC Via Steam. No sign as of yet for the game coming to other consoles, but we’ll be sure to let you know as soon as we know any further details on the game.