Home » PC Tech & Gaming News » Have a Nice Death Release Date, Trailer, and What We Know So Far

Have a Nice Death Release Date, Trailer, and What We Know So Far 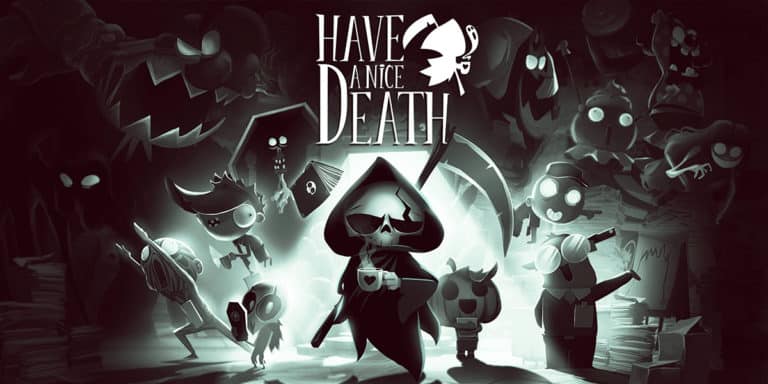 Action rogue-lite Metroidvania is one mouthful of a genre, but it’s also pretty popular these days. That’s a niche that games like Have a Nice Death seem to be filling pretty comfortably, although it’s possibly one of the first to act like it’s enjoying itself for once.

If you’ve been waiting for a more sardonic take on this particular mashup genre, then you’ll not have long left to wait for it. With the release a scant few months away, we decided to compile all of the important release information for you below.

Have a Nice Death Release Date

Have a Nice Death was officially announced by the developers in December of 2021, which means it’s got a pretty quick turnaround time from announcement to release. Part of the reason for the speedy entry is that the game is heading to early access before the full release drops.

You can be one of the first to jump into Have a Nice Death on March 8th, 2022, if the dev’s news posts are to be believed. The official page just gives a vague ‘march’ date, but digging a little deeper, the devs did initially say early access would be starting on the 8th specifically.

Have a Nice Death Trailer, and What We Know So Far

Not all that much is known about Have a Nice Death beyond the genre and the write-up on the store page. After all, it’s not had that long to sit in the spotlight. Nevertheless, there are some things made obvious by the info we do have, such as the fact that this game isn’t taking itself too seriously.

The plot revolves around Death himself having to take out some of his unruly minions, but in a universe where he’s more a work-a-day boss, rather than the embodiment of a natural force. To go along with this irreverent tone, the game has some really slick cartoon animation that also suits the rapid pace of the combat.

Check out the trailer below and you’ll see what we’re talking about. The second you see death polishing his skull in the morning before flicking through a coffin-shaped phone it’ll become clear the vibe that these developers are going for.