Although EA popping up during the Gamescom Opening Night Live event was confirmed beforehand, we didn't expect a chance to get acquainted with the well-publicized bleak realism of Infinity Ward's new Call of Duty: Modern Warfare so soon.

Call of Duty: Modern Warfare producer Dino Verano revealed that in preparation for beta Infinity Ward is running an open, free to play 2v2 alpha running from Friday, August 23rd at 10 am PDT to August 25th. As expected, Verano had a new trailer to flesh out the news.

There is, as always with these types of tantalizing propositions, a catch. The alpha is only available on PlayStation 4. Other platforms will, unfortunately, have to wait.

The gameplay is restricted to the new Call of Duty: Modern Warfare Gunfight mode, which pits two teams of two against one another in fast-paced close-quarters combat where everyone gets the same loadout. Guns, cover, and frenetic firefights.

There are five different playable maps, which are Pine, Stack, King, Docks, and Speedball. The last two are brand new and haven't been unveiled publically to date. Multiple operators will be up for grabs for players to experiment with alongside a couple of different mode variants to spice up gameplay and what Infinity War is calling ''other surprises''.

Interestingly, to take part players aren't required to pre-order the full game nor do they need a PlayStation Plus subscription making it a genuinely free demo of sorts. Interested parties can download the game files from the PlayStation Store a few hours before the alpha starts. There’s no word on what time this will be as of writing.

EA and Infinity Ward didn't mention whether they plan on running a similar open test on PC or other platforms before the public beta they've scheduled for September 21st to 23rd. 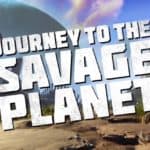 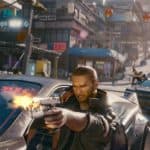 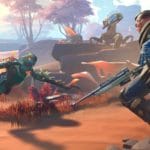