As expected, Intel has drawn the veil on its latest Core processors, the 10th generation Ice Lake, at this year’s Computex. The new offering is firmly geared towards the laptop, ultrabook, and other low profile device market with an expected shipping window of Autumn 2019.

The main takeaway is that Ice Lake boasts an 18% increase in instructions per cycle thanks in part to a new set of Sunny Cove cores all within the smaller 10 nm fabrication process. Talking specifics, the range of Ice Lake models will feature up to 4 cores running up to 8 threads allowing speeds reaching 4.1 GHz. 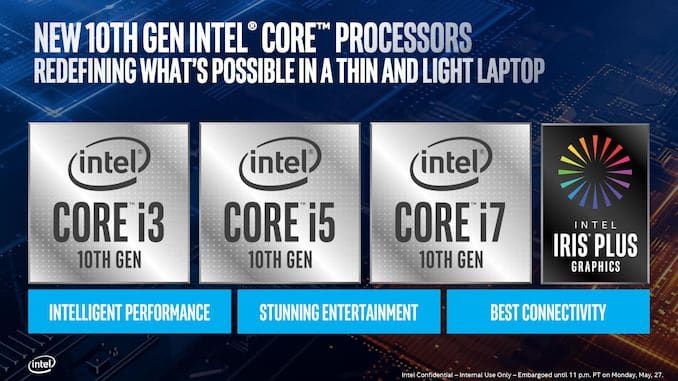 Sure to pique the interest of mid-range laptop gamers, Intel also announced the chip includes the 1.1 GHz Gen 11 Iris Pro integrated graphics unit with up to 64 execution (up from 24 without any additional power requirements). Alongside this, the chip itself has up to 8MB LL cache, and support for DDR4-3200 RAM which is sure to improve gaming performance significantly.

Connectivity also gets a welcome upgrade with integrated Thunderbolt 3 connectivity and Wi-Fi 6 with Gigabit speeds and enhanced reliability according to Intel. 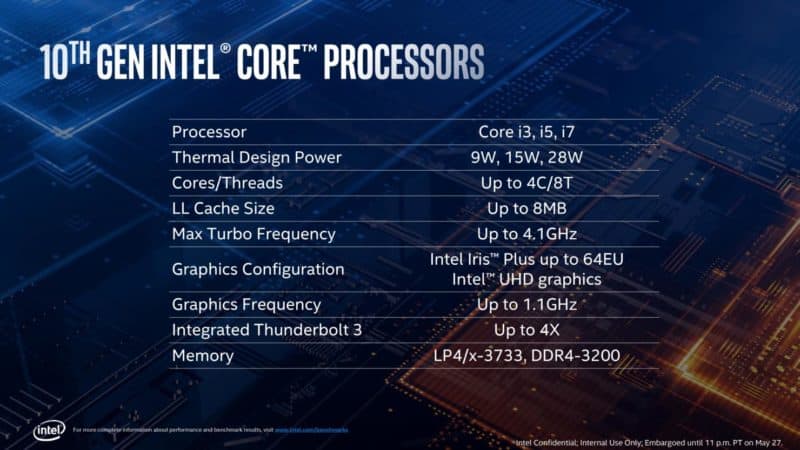 The Ice Lake will ship in iterative i3, i5, and i7 models, and in 9W, 15W, and 28W thermal design power variants. Intel has yet to provide an exhaustive list of all the variations but has mentioned a ballpark figure of thirty unique models. 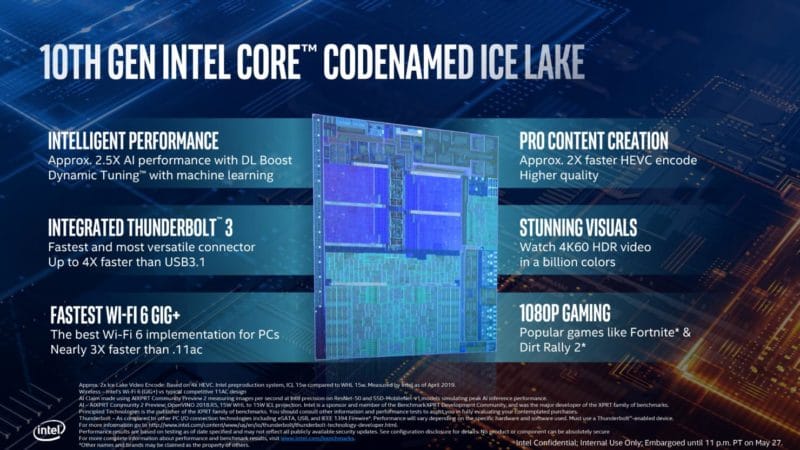 Under the guise of a comprehensive initiative called Project Athena, Intel aims to shape its processors to the usage habits of the general user with a focus on marrying power-intensive tasks with sustainable battery life. Ice Lake is the first step in that direction.

In real terms, this means relatively low-intensity tasks such as browsing the web and answering emails should drain the battery at a markedly reduced rate increasing portability. Intel says the improved performance reduces from-standby power-up times and aids faster connection to Wi-Fi networks as well. The semiconductor giant hopes to entice users away from their phones and back to the laptop for everyday tasks.

As of the time of writing, only one confirmed laptop model, the Lenovo Yoga S940, will make use of the new Ice Lake CPUs.