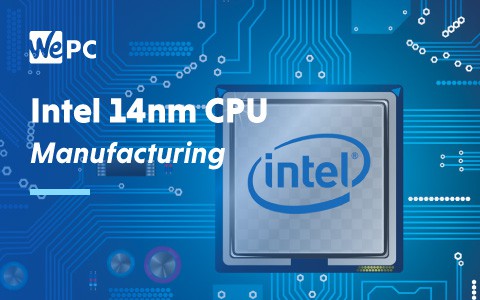 It appears that the demand for chips is now affecting Intel as well as AMD. Intel is reportedly struggling to cope with the demand of 14nm chips that it needs to match the demand throughout its range of products.

TSMC, the company responsible for supplying the technology for the processors, are rumored to be struggling to match the demand for production at 7nm – something that has been causing issues for AMD as of late. This is worrying news for any companies needing extra production capacity during the next few months. With new chip releases upcoming for both Intel and AMD, it looks like the effects are already being felt.

Both Intel and AMD are Being Affected

With AMD starting to encounter delays in their upcoming 3950X chip – although now seemingly due to clock issues as well as technology shortage, it looks like this news is starting to affect Intel as well.

A new report from Digitimes claims that some news from Intel’s supply chain indicated that these companies are having trouble meeting the increased demand for the 14nm silicon. With manufacturing capacity falling short on this end this may have a significant impact on Intel’s numerous sectors.

In better news, it appears that the 10nm Ice Lake processors won’t be suffering from the same pitfalls as noted by PCGamesN. This should hopefully result in no shortage of systems on offer that will be sporting the Ice Lake processors.

We don’t yet know if these shortages will have any impact of Intel’s planned release schedule or even if it will result in fewer machines being able to offer the chips as of yet.

We’ll have to wait on this issue to see if Intel may prioritize the release of other chips that don’t suffer the same issue or even if the production line issues manage to sort itself out. However, if these production issues do persist, we may see some form of an announcement from Intel soon, but until then, fingers crossed.