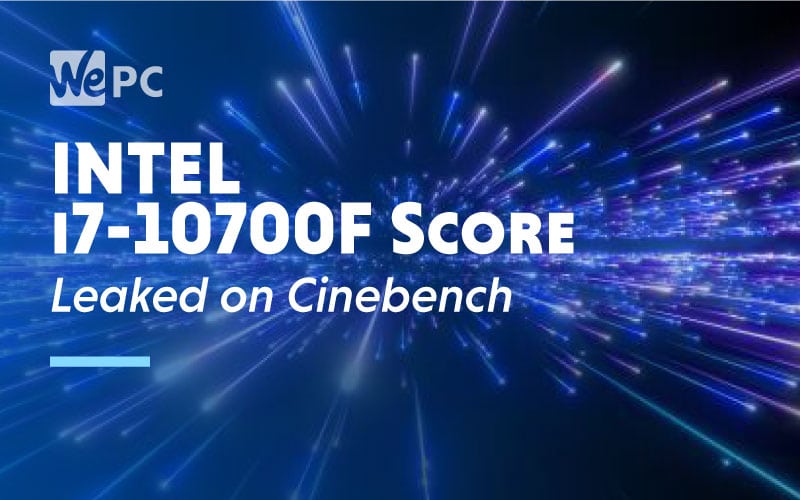 We all know by now that Intel has been working on their next-generation Comet Lake CPUs. We’ve been fed plenty of leaks over the last few months with bits and pieces of information.

This time the leaks give us some information on the upcoming Intel Core i7-10700F, courtesy of the Quasarzone.

It’s expected that the Intel Core i7-10700F will be an 8 core, 16 thread chip once it finally releases, with leaks showing a clock speed of around 2.9 GHz. While we don’t know how accurate this is or even how much it could potentially boost to, it scored 4781 points in Cinebench R20 with a single-core score of 492 points.

In comparison to other chips, this is only around 2% higher than how the Ryzen 7 3700X scores. Interestingly, it is also pretty similar to the Intel Core i9-9900K which scored a total of 4997 points when benchmarked by Tom’s Hardware.

If we follow what Intel has previously done, it’s likely that the i7-10700F will perform in an identical way to the i7-10700 but without the use of an integrated GPU. This is one of the things that allows Intel to offer these chips at a slightly lower price.

With the launch of the Ryzen 4000 series hopefully coming soon, Intel will be under a lot of pressure to either outperform or outprice these new offerings.

AMD has a habit of releasing powerful pieces of hardware for much lower prices than the likes of Intel or even Nvidia do, so it will be interesting to see what the competition will look like when all these chips are finally released.

While we don’t know for sure when we will see this CPU, it has been predicted to land sometime this April. This is mainly due to delays concerning power consumption problems. If we hear any more news in the meantime, we will keep you updated here.