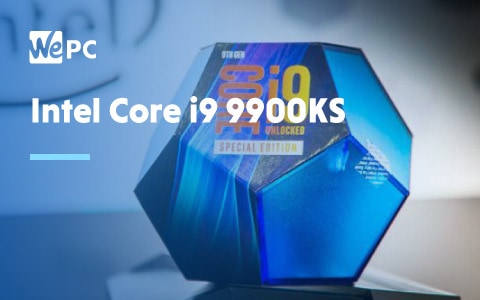 Short of releasing a CPU more powerful than the benchmark topping Core i9 9900K at Computex 2019, Intel has revealed a beefed up special edition model, dubbed the 9900KS, primed to best the fastest commercially available CPU on the market.

Like its namesake, the 9900KS packs a whopping eight cores and sixteen threads, but pushes its cores even further with a base frequency of 4GHz, has a single-core turbo boost frequency of 5GHZ, and, get this, a uniform 5GHz boost across all eight cores.

The 9900K can reach turbo speeds up to 5.0 GHz on a single core, but the other seven are limited to 4.7GHz under multi-core loads. We are, therefore, talking about a 300 MHz increase per core, which is nothing to scoff at when talking about the upper echelons of commercial CPU speeds.

Alongside mouthwatering clocks speeds, the chip features an integrated Intel UHD Graphics 630 unit and supports DDR4 2666 RAM. No word on a TDP right now, but we expect it to migrate upwards from the base 9900K’s 95W.

During Intel’s keynote speech on Tuesday 28th May, senior vice president Gregory Bryant explained the higher clock speeds were achieved thanks to improved binning of the silicon setup of the 9900K.

In many ways, the 9900KS represents a form of redemption for Intel after the company’s controversial showcase at last year’s Computex where it demoed a 28-core Xeon CPU maxing out at 5GHz per core. It was later revealed that the demo used a gargantuan sub-zero air conditioning unit to cool the CPU and the overclocked speeds were in reality much lower than Intel suggested.

This time around, the 9900KS was wisely coupled with an Aorus Pro motherboard and ASUS ROG Ryujin liquid cooler giving the results bucket loads more credence and a touch more realism in the eye of the high-end consumer.

The Intel 9900KS should hit stores late 2019, but no mention of a retail price quite yet.