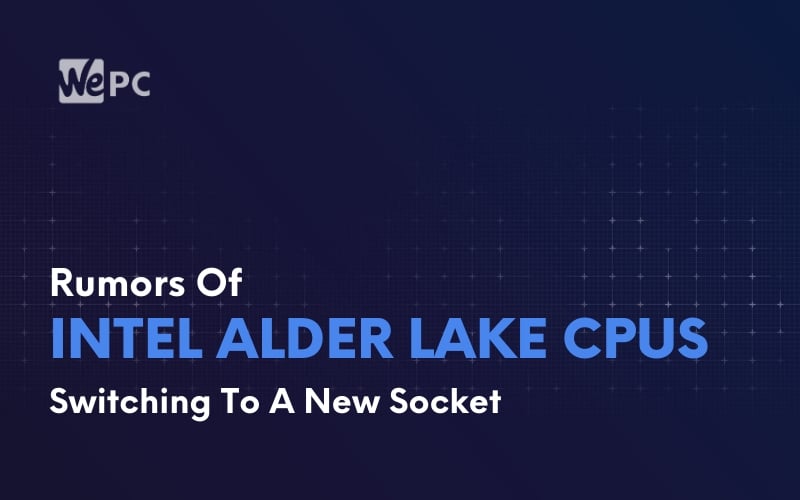 If the latest rumors are anything to go by, Intel plans to jump to yet another socket, dubbed the LGA 1700, when it launches its 12th-Gen Alder Lake CPUs sometime in 2021 or 2022.

To the chagrin of those eager to make use of Intel’s newly-launched chips, the Comet Lake-S line uses the LGA 1200 socket requiring a motherboard fitted with the new Z490 chipset. Rather than merely swap out an old 9th-gen CPU for one of Comet Lake-S’ many SKUs, builders and enthusiasts have to lay down cash for a motherboard as well.

Now, it appears that even these brand new motherboards and the new LGA 1200 socket could become obsolete with Alder Lake. The news isn’t exactly fresh, as we’ve heard similar murmurs previously from known leakers. Still, the rumor seems to be gathering steam, further adding weight to yet another future jump to yet another socket for Intel.

A Taiwanese firm called lit-tech sourcing Intel voltage regulation test tools has reportedly produced a listing featuring upcoming Intel chips. Among them is one labeled as an Alder Lake-S model alongside the LGA 1700 socket.

When rumors start coming from companies directly involved in Intel’s plans, you know there’s something to them, but as always, take all this with a pinch of salt until Intel confirms as much.

While this is undoubtedly bad news for those who already plan to invest in Intel’s Comet Lake-S series and a Z490 motherboard, it’s not all bad news: Intel is expected to stick to the LGA 1200 socket for the 11th-Gen Rocket Lake CPUs.

Beyond that, LGA 1200 will pass the buck to LGA 1700, which is expected to switch things up considerably within a reported rectangular chip design rather than the customary square. Alder Lake should also see Intel finally move away from the decade-old 14nm process node in favor of a 10nm++ fabrication process, support PCIe 4.0, feature a big.LITTLE architecture arrangement with eight high-power cores,  eight low-power cores, and an onboard graphics solution.

If this is true, then we are looking at not just replacing motherboards, but also heatsinks and other cooling solutions to match the new CPU layout.

As above, this remains very much a rumor at this point, but we could be looking at yet another difficult generational transition for Intel when it comes to compatibility.