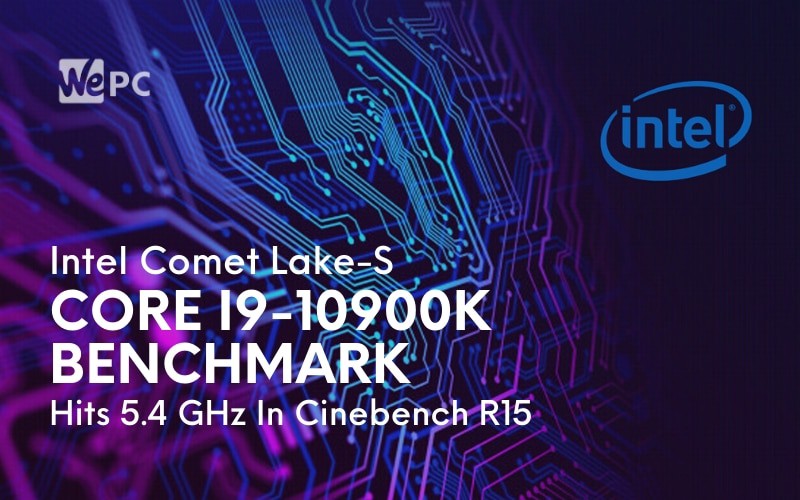 Although the embargo on reviews for Intel’s Comet Lake-S CPUs is supposed to lift on May 20th, this hasn’t stopped those lucky enough to pick up the processors from sharing benchmark results.

One such benchmark, sees Intel’s Core i9-10900K put through its paces in Cinebench R15. The flagship CPU using the 14nm process node includes 10 cores, 20 threads, a turbo clock speed of 5.3 GHz, and a TDP of 125 W. The results show the Core i9-10900K overclocked to 5.4 GHz, a somewhat surprising result as the process node didn’t necessarily suggest we’d be looking at frequency gains.

These results suggest the Core i9-10900K will perform notably worse than AMD’s 16 core, 32 thread Ryzen 9 3950X, which scored 5338 on the same Cinebench R15 test. This isn’t surprising given the higher number of cores but doesn’t bode well for Intel.

Intel’s offering is similarly priced (a step in the right direction for Intel, but arguably not enough to matter in this particular head to head), requires a new socket (read motherboard), a decade-old process node, and doesn’t ship with welcome extras such as a stock cooler. For anyone eyeing up a CPU upgrade, AMD seems like the apparent winner in terms of price, performance, and compatibility.

It’s worth remembering these are just the first benchmarks coming through and don’t paint a complete picture. On May 20th, when the embargo officially ends, we should learn a lot more about the capabilities of Intel’s Comet Lake-S lineup aided by expert reviews.