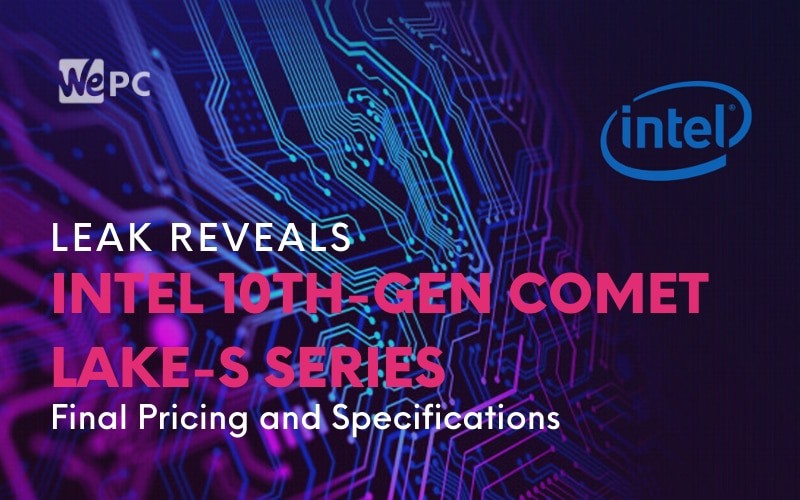 The final pricing and specifications for the upcoming 10th-gen Core-S Comet Lake S series of CPUs have leaked. The lineup features no less than 32 SKUs running the gamut of Intel families, including Core i9, Core i7, Core i5, and Core i3. Intel is expected to officially unveil the CPUs tomorrow, April 30th.

A leaked presentation featuring slides sees Intel tout the 10th-gen Comet Lake-S series with speeds up to 5.3 GHz suited to gaming and various applications depending on high-frequency cores. Intel says the lineup will offer better performance to up frame rates and ensure lower latency thanks to higher frequencies.