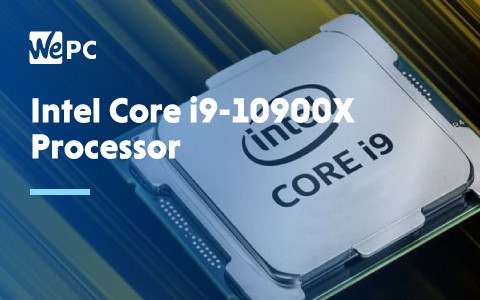 Benchmarks apparently for the upcoming Intel Core i9-10900X Processor were leaked on Twitter yesterday. It appears that the benchmarks clocked in at around 4.4GHz on all cores on results gathered from A Dell OEM tower.

Although these specs may be a little hard to understand for people not used to them, it shows that the data leaked from the Dell Precision 5820 tower containing the Intel Core i9-10900X processor seeming to hit up to 4.39GHz.

How does this compare to past CPUs?

Based on reported specs for the i9-10900X, it doesn’t appear to be that much dissimilar to the currently available i9-9900X. The core count, thread count and cache sizes are all the same.

From tests conducted by Geekbench, it appears that the i9-10900X (which will probably be a successor to the i9-9900X) delivers up to 5.71% higher performance when based on workload from a single-core.

Is this going to be worth the upgrade?

Although Intel is claiming that the Cascade Lake-X will bring you double performance per dollar, it will be worth waiting for the chips to actually hit the market before committing to a purchase. There isn’t currently any release date from Intel so it’s going to be a waiting game on that front.

As always, we should take these links with a pinch of salt. However, with them coming from hardware that is present in their testing labs, it looks like the numbers will match up. With AMD being aggressive in their pricing structure lately it’s going to be interesting to see who comes out on top.

Let us know what you think, do you believe these leaks are accurate? Do you think that Intel’s Cascade Lake is something worth waiting for?