Jacksepticeye and Tom Holland meet up to play Uncharted

To promote the new Uncharted Film, Tom Holland and Jacksepticeye play the game together. 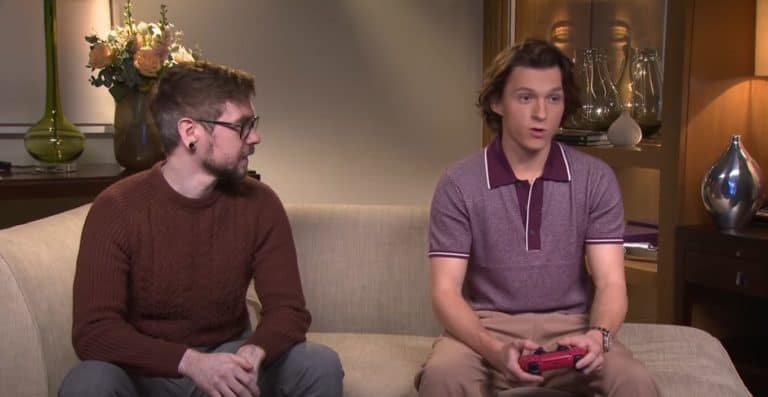 What with the new release of the Uncharted movie, there’s of course going to be promo around it. Although, we can all say that we didn’t expect to see Tom Holland meet up with famous YouTube Gaming star, Jacksepticeye (Seán William McLoughlin).

Sean has been a big fan of Tom for some time, though the two were lucky to meet-up and play through Uncharted 4 together and experience it. Tom explains that the game they’re playing is the main source of inspiration for their film. Tom plays a younger Nathan Drake, whilst in the games the character is played by Nolan North. In Tom and Sean’s video, the actor explains that he got the chance to meet with Nolan as the two filmed a scene together, and the film star felt it meant a lot to him as he wanted his peer’s approval.

Throughout the video, Tom plays the game as well as recounting a series of anecdotes based around the filming of Uncharted as well as some more of his acting-based stories.

Uncharted is an upcoming American action-adventure film directed by Ruben Fleischer from a screenplay by Rafe Lee Judkins, Art Marcum and Matt Holloway, based on the video game series of the same name developed by Naughty Dog.

The Uncharted film features Tom Holland, Mark Wahlberg, Antonio Banderas, Sophia Ali and Tati Gabrielle. The general premise of the game involves Nathan Drake and his partner Victor “Sully” Sullivan going up against a wealthy, ruthless treasure hunter and his mercenaries in order to claim a lost fortune in gold from the voyages of Magellan, while also tracking clues that may lead to Drake’s long-lost brother, Sam.