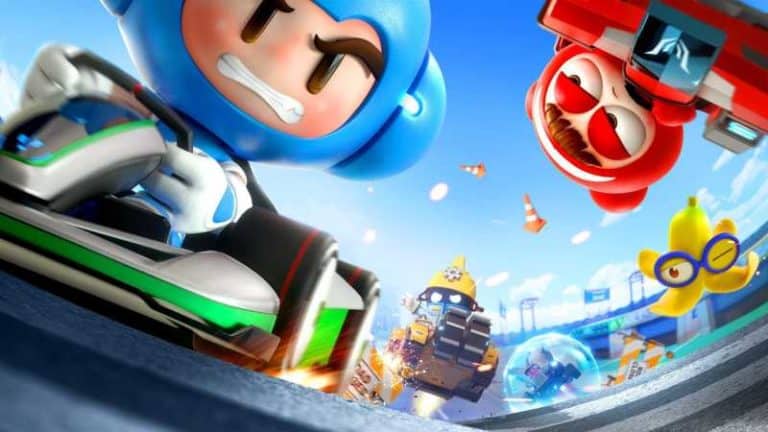 During the State of Play video event last night, it was revealed that KartRider Drift would also be coming to PS4 and PS5 alongside Xbox consoles and home computers in 2022. The game is a sequel to Crazyracing KartRider, which was a PC exclusive online racing game from Nexon’s Crazy Arcade franchise.

Crazyracing KartRider is also known as PopKart in China, so this new release is likely to be called PopKart Drift over there. Ahead of KartRider Drift’s 2022 release, you’ll be able to take part in another closed beta test in December, which doubles up as the first test on PlayStation platforms.

The latest South Korean Mario Kart-alike from Nexon is good fun, and has already been playable on both Xbox consoles and Windows PCs in two previous beta tests. We’d suggest that you give it a go when it becomes available.

There are two game modes in the closed beta — Item Mode and Speed Mode. You’ll be able to race in those modes on a selection of 30 different themed tracks. Car and racer customization features will also be available, which is fun. Nexon’s latest press release for the game says that you can “… challenge your friends regardless of what platform they play on and enjoy no barriers with no pay walls or pay-to-win racing elements”. Which is generally good news.

When can I play the KartRider Drift closed beta on PS4?

If you’re interested in playing KartRider Drift for yourself, then it goes into closed beta on PlayStation consoles on December 8, 2021.

When can I play the KartRider Drift closed beta on Xbox?

The same day as the first PlayStation beta test! That’s right, KartRider Drift will go into another closed beta for Xbox One on December 8, 2021.

Crazyracing KartRider was at one point so popular that KBS (national broadcaster for South Korea) said that 25% of South Koreans had played the game. There is obviously a lot of potential in this new free-to-play international release for the sequel, and we’re eager to see how the beta does with audiences.

If you’d like to take part then you can sign up and apply to race on any of KartRider Drift’s closed beta test platforms on Nexon’s official website for the game, which can be found here.