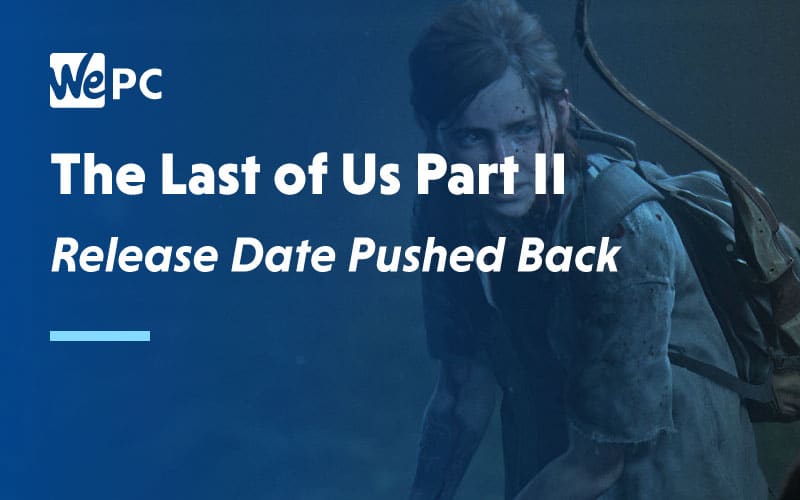 Fans of the award-winning Playstation 3 game, The Last of Us, have eagerly been waiting for a sequel for a while now. When Naughty Dog announced The Last of Us Part II, excitement immediately started to build.

The Last of Us Part II will further explore the theme of revenge but also delve into some of the unanswered aspects of the overall universe in which it takes place. You will also get the chance to see characters return from the first game, including Ellie and Joel,  in what sounds like a nice follow on from a game many of us loved.

The excitement for The Last of Us Part II has been ramped up recently, following Naughty Dog’s decision to let the media play over two hours of the game, plus the debut of a brand new story trailer that gave us a glimpse into what to expect. Also featured in the trailer was a firm release date. The Last of Us Part II release was planned for February 21st on PlayStation 4.

However, a recent announcement from Naughty Dog has revealed some bad news – the original release date is to be pushed back a few months. It looks like fans will have to wait until next summer – May 29th, 2020 – before they will be able to get their hands on this title.

Why Has The Release Date Been Pushed Back?

Creative director Neil Druckmann issued an apology after it dawned on the team that the game needed more work to bring it “up to the level of polish we would call Naughty Dog quality.” Rather than compromise the quality of the game, they decided to set the release back.

Druckmann wrote: “At this point, we were faced with two options: compromise parts of the game or get more time. We went with the latter, and this new release date allows us to finish everything to our level of satisfaction while also reducing stress on the team.”

While this is a relief for the team behind the game because it gives them more time, Druckmann highlights that they are as disappointed as fans no doubt are.

Is It All Bad News?

Fans may very well be disappointed at waiting a few more months, but the positive side is that we won’t be receiving a game that doesn’t live up to the reputation of the previous title.

Would you rather have a game that isn’t up to standard after all?

“We wish we could’ve foreseen the amount of polish we needed, but the size and scope of this game got the better of us. We hate disappointing our fans and for that we’re sorry,” Druckmann wrote in his apology.

With this part of the statement, it raises plenty of questions (and excitement) about the game. If the size and scope are so much bigger, does this mean that the new title will deliver something truly great? We certainly hope the wait will be worth it!