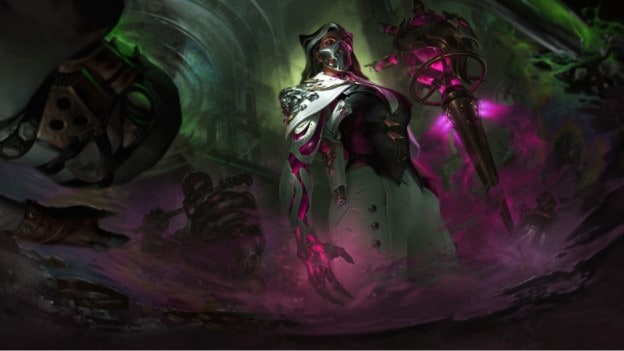 League of Legends’ newest update introduces Renata Glasc as its newest champion. Glasc has become Zaun’s wealthiest chem-baron, a business magnate who built her power by tying everyone’s interests to her own. A lot of players are speculating that the new champion is connected to Sevika from Riot Games’ hit show Arcane but only time will tell if they have any story connections between each other.

What to Expect From League of Legends Update 12.4?

Riot Games is introducing Renata as the newest champion as part of the new update. Renata Glasc’s basic attacks mark her enemies and deal bonus damage. Damage from Renata’s allies consumes the mark, dealing additional damage. During her ultimate Renata Glasc sends out a cloud of chemicals that causes enemies to go Berserk, increasing their Attack Speed and forcing them to basic attack anything around them.

Renata Glasc is looking like a solid champion and we are already receiving the second champion of 2022. It will be interesting to see if Riot Games can keep the momentum going with future champions this year. To check out the full patch notes, click here.