With Left 4 Dead 2 being released 10 years ago (I know, I feel ancient too), the rumor mill has been rife with supposed details of a sequel. The game ended on a serious cliffhanger, and fans have been eager for the next installment for a decade now. But are any of the Left 4 Dead 3 release date rumors true? We investigate and help you to sort out the fact from the fiction.

All of the news, updates, and leaks that have come out around the Left 4 Dead 3 game have been unofficial. Left 4 Dead 2 developers Valve have yet to come out with a definitive position around the sequel. But, by not saying anything, either way, they’re definitely leaving the door open. They might not be saying “Yes”, but they’re not saying “No” either.

And, because we’ve been waiting for a possible sequel for a decade now, it’s quite difficult to predict when it might actually drop. Unfortunately for fans, many are now beginning to think that the game was once in production, but has since been scrapped. While we hope this isn’t the case, it does explain some of the more legitimate leaks and the number of years we’ve been sitting and waiting for more. Without any more substantial evidence, there’s just no way to predict a release date right now.

The first hint at a Left 4 Dead 3 release was in an interview by Eurogamer with the lead writer os the series, Chet Faliszek back in 2012. When asked if there was going to be a sequel to the popular game his response was cryptic but positive. He stated; “A [Left 4 Dead] 3? You know, some time down the road. Like anything, I would say that to all of our games. So that's not a promise of when or where.”

But, since then, Faliszek has left Valve which puts a dampener on our excitement for a sequel. There’s no way of knowing right now if his successor will be equally positive in regards to a third title.

Flash forward to 2016, and we have our next possible leak. This time in the form of benchmarking tool for the HTC Vive. There were a number of references in the source files and assets that many believed eluded to a Left 4 Dead sequel. There was an infected enemy called “The Nocturnal”, which definitely hinted at a zombie-like theme, as well as a day/ night cycle and an older male character. Although it’s unclear if this male character was designed as an NPC or a playable survivor is unknown - but the whole thing reeked of L4D3.

Later that same year, we got another, much more plausible leak. A Valve employee appeared to accidentally leak the existence of the game through a misplaced screenshot. Eagle-eyed fans were quick to spot the hint buried in a tutorial that had been posted on Steam. Among his list of folders in the screenshot was one titled “left4dead3”. To add further fuel to the fire, the screenshot was swiftly removed, leading us to believe that this was an accidental leak on their part.

Has Left 4 Dead 3 Been Scrapped?

After the leaks two years ago, we haven’t heard a peep. This is why many now believe that the project has been scrapped. It seems like it was definitely in development at one time, but with how many years it’s been, it’s looking less and less likely. 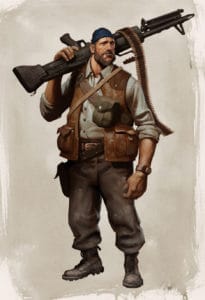 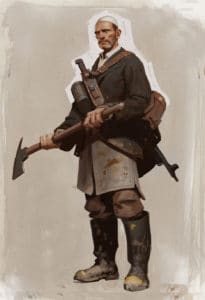 But, back in 2013, one of Valve’s concept artists who had worked on L4D left the company. When he did, he subsequently uploaded images onto his online portfolio of two male characters which many believe to be concept art for the game. The art showed two middle-eastern men wielding weapons and this caused a stir for one very particular reason.

Earlier this year, another Valve member released a collection of screenshots and stated that Left 4 Dead 3 was in development, but had since been abandoned. These screenshots show a setting similar to Counterstrike’s; middle-eastern in style and one that fits perfectly with the concept art we mentioned before. All of this combined has left many fans less than optimistic that Left 4 Dead 3 will ever see the light of day.

While we can all continue to scour the internet for possible news of a Left 4 Dead 3 release, we’re not feeling very confident that it will actually happen anymore. It seems strange, with its predecessor being such a roaring success, but such is the fickle world of video games it would seem.

How about you? Do you think the game will be released? Have you heard any other rumors? Let us know in the comments below.