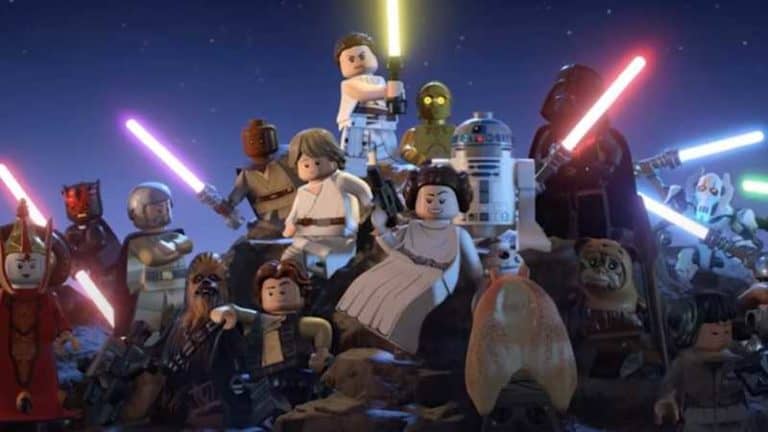 Following a premature announcement from UK retailer GAME on January 20th, 2022, the release date for Lego Star Wars: Skywalker Saga has been officially announced alongside a new gameplay trailer.

The upcoming Lego Star Wars game, the full Skywalker Saga, compiles nine stories into one incredible Lego Star Wars adventure. Fans of the old Lego Star Wars: The Complete Saga – like us! – will no doubt be excited to delve into completely reinvented versions of the old games, while also getting to experience that classic Lego gameplay in the three sequel stories for the first time. And then there’s Mumble Mode, which has got us in the WePC office seriously excited.

The epic new six-minute gameplay trailer reveals heaps of new information about the upcoming Lego saga, including how it differs from the gameplay of The Complete Saga. Check out the video below to see incredible footage of both the full story and multiple side quests, how it will look to pilot the Millennium Falcon, as well as sequel characters like Poe Dameron and Finn for the first time in Lego gameplay.

Pre-orders have been available for some time already for Lego Star Wars: Skywalker Saga, but now you can pre order with the knowledge of exactly when you can start playing. Take a look at what your purchase options are below.

The Deluxe Edition of the Lego Skywalker Saga not only includes the base game, but also comes with a character collection featuring six character packs otherwise not featured in the Skywalker Saga. So if you want to play through the stories from any of the nine mainline movies as, say, The Mandalorian or Jyn Erson, you’ll be able to with the Deluxe Edition. What’s more – and even more exciting – is the Luke Skywalker with Blue Milk Lego Minifigure that rounds out this Edition.

Finally, for those who order the Deluxe Edition in the Americas, the game will come with an exclusive clear slipcover, which – when removed – unmasks Darth Vader. Check out the slipcover in action here.

While there are no official pre order bonuses, Gamestop are offering their own pre order bonus to players in the US. Order your copy of Lego Star Wars: Skywalker Saga Deluxe Edition from Gamestop and you could get a mini Lego X-wing kit as well. The X-wing kit is only available through Gamestop while stock lasts, so get in quick.

Lego Star Wars fans in the UK, on the other hand, can get themselves the exclusive Steelbook edition of the game, which includes the character pack mentioned above, as well as the Luke Skywalker Minifigure. However, by ordering this Edition, you will also get the Han Solo in Carbonite steelbook, for an extra awesomely nerdy way to show off your new favorite game. This edition is currently available from Game in the UK.