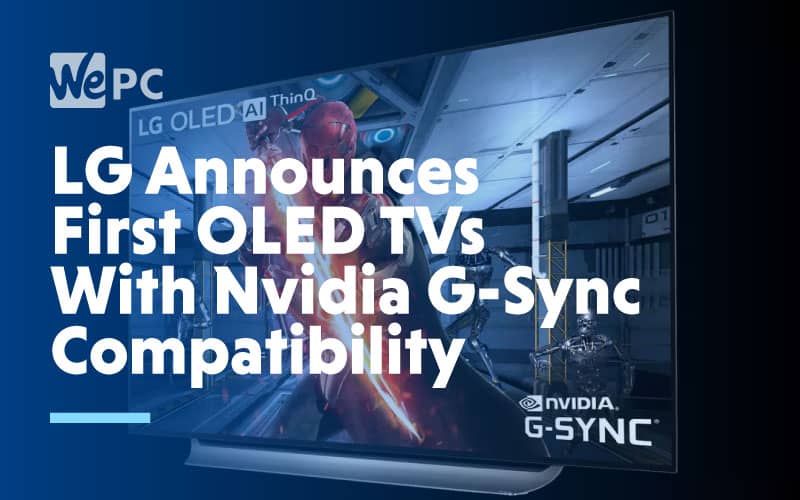 South Korean tech powerhouse, LG, announced earlier today that it is bringing NVIDIA G-Sync compatibility certification to its line of 2019 OLED TVs. Players with NVIDIA GPUs will soon be able to link up their gaming rigs to LG’s excellent range of TVs for an even more responsive and immersive experience.

A firmware upgrade ushering in the required software changes is slated for the coming weeks in select markets across the globe, although LG stopped short of specifying exactly which markets.

“It’s no secret LG OLED TVs are coveted by gamers the world over, and we are committed to optimizing the OLED gaming experience for them. With NVIDIA G-SYNC adoption, we are showing that OLED TVs have the support and backing of the world’s top gaming hardware brand to make their products look their best.”

For gamers, this is a match made in heaven given the hard work LG has put in to ensure its OLED TVs offer the very best picture quality, breakneck response times, precise pixel control, learning-based AI sound, Dolby audio format support, near-infinite contrast, accurate colors, a refresh rate up to 120Hz, and ultra-low input lag tallying up to 6 ms at 1440p and 13 ms at 4K.

It’s a formula ripe for gaming with no picture quality loss, support for popular HDR formats, and HDMI 2.1 specifications like ALLM, eARC, and VRR. The HDMI 2.1 features and 120Hz refresh rate won’t, however, come into their element until NVIDIA ships compatible GPUs. On its end, NVIDIA says it is working to implement HDMI VRR support for NVIDIA G-Sync into its GeForce RTX 20 series.

In a press release sharing the news, LG specified that certification would only apply to OLED models 65/55E9 and 77/65/55C9 to begin. Whether LG plans to expand the tech to other models remains to be seen. We imagine the company is testing the waters first to gauge consumer reactions and adoption rates before porting the tech to other TVs.