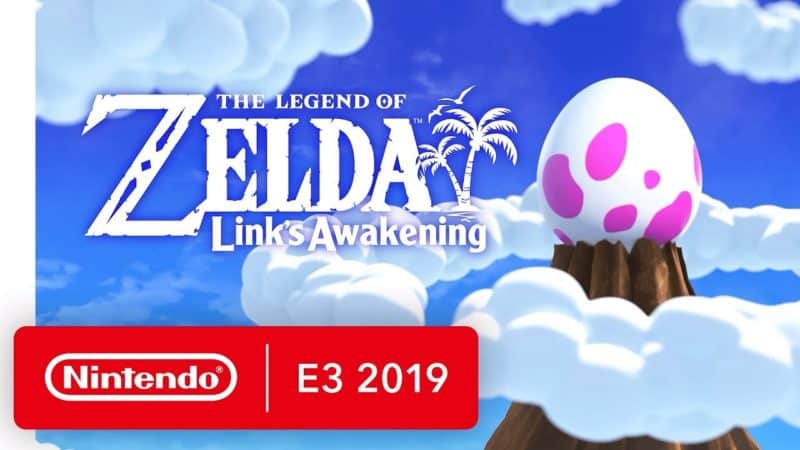 Nintendo confirmed during its E3 Direct presentation that the Switch remake of The Legend of Zelda: Link’s Awakening will release on September 20th, 2019. The Japanese company threw in a new teaser trailer to mark the occasion and beyond being a colorful affair, looks incredible.

The title follows the outline of the 25-year old Game Boy original faithfully as Link vows to escape Koholint island with one choice addition, a dungeon building feature whereby earned chambers can be re-assembled into a customized arrangement via an editor of sorts. You can then play through the dungeon in a special mode that grants exclusive rewards and loot. We imagine these might be shareable online via a community platform or might be solely for personal use. Nintendo has yet to confirm either way.

Of course, the most significant difference is a retro-modern and super vibrant visual overhaul full of color, adorable toy-like characters, and vivid scenery. The remake sticks to the top-down point of view and re-introduces many other gameplay facets of the original; open-world exploration, dungeons, boss fights, puzzles, and platforming segments.

For the uninitiated, The Legend of Zelda: Link’s Awakening plants Link on an exotic island guarded by a dormant Wind Fish after he’s marooned there by a particularly vicious storm at sea. Link must explore and uncover the secrets of Koholint through puzzles and combat to collect a set of instruments. These can then be used to awaken the Wind Fish from its deep slumber and open up a way off the island for Link.

Nintendo has conjured up a selection of editions to choose from including the Dreamer Edition that ships with a beautiful concept art hardcover book, and a Limited edition where the game card comes housed in a Game Boy-themed steel book. A special edition amiibo will release in tandem with the game as well.

Going by the excellent remakes of The Legend of Zelda: The Wind Waker and The Legend of Zelda: A Link Between Worlds, Link’s Awakening should be quite a treat for those who want to relive the title’s rather unique take on the Zelda universe with the convenience, and not say, improved graphics, of modern gaming.