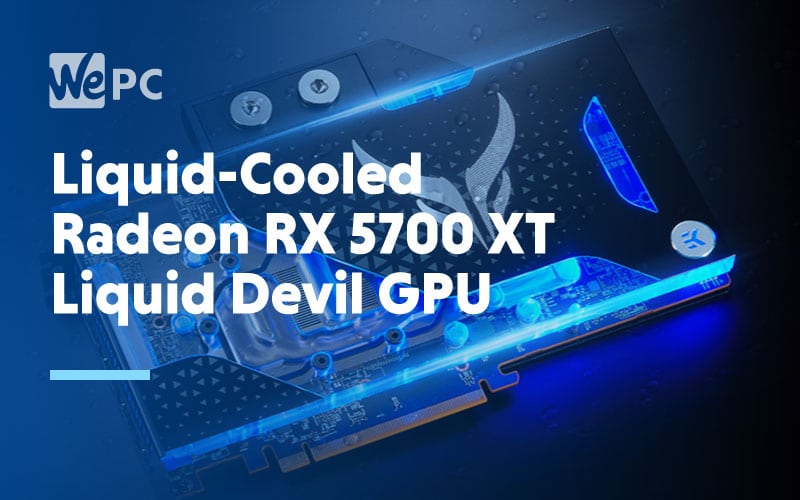 PowerColor is on the cusp of fully unveiling a new addition to its line of Navi 10 Radeon RX 5700XT graphics cards, the liquid-cooled Liquid Devil.

The news surfaced via a post on the company’s Facebook page where the RX 5700XT Liquid Devil, to give its full name, is set to stand tall as the first liquid-cooled RX 5700XT and the first custom 7nm liquid-cooled GPU on the market.

There’s not a whole lot to go on at the moment, but it’s one looker of a card with a custom see-through EK Water Block fitted on the card as standard and a rather alluring neon blue lighting set up.

We also know that the base is made of nickel-plated copper to facilitate heat transfer and ward off corrosion. The backplate is made of brushed hi-grade aluminum, and the card is completely sealed. It also has two 8-pin power connectors, dual BIOS with switch including an overclock mode, PCI-E, three DisplayPort outputs, and one HDMI output.

There’s also full RGB lighting, which, when coupled with the acrylic finish, gives off a ‘mystic like ambiance’ as PowerColor describes it.

PowerColor is throwing in three dye options (red, green, and blue) with the GPU so you can experiment and tune the color of the coolant to fit in with the theme of your build.

It goes without saying that a rig with a custom liquid cooling loop is a prerequisite for using the Liquid Devil. You can expect zero noise cooling free of the bothersome hum of fan-cooled alternatives.

As for the GPU itself, it’s an 8GB RX 5700XT. The Red Devil fan-cooled model pushes 1905 MHz (game), up to 1770MHz (base), up to 2010MHz (boost), so with the extra cooling capabilities, we expect the Liquid Devil’s overclocked results to jump higher.

There’s no word on a release date, but we shouldn’t have too long to wait.