Find out when you can get back into Arkesia 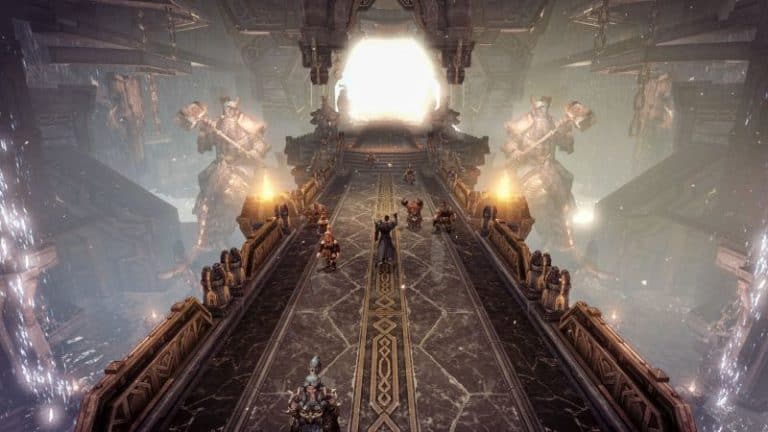 Smilegate RPG are taking servers down at least once a week at the moment for scheduled updates and maintenance, so when is the next Lost Ark scheduled downtime and how long will it last?

Thousands of players are still flocking to Arkesia daily, and Smilegate are keeping up with the demand with weekly updates, and new items, as we saw recently with the new Lost Ark animal skins that are now filling every server. As such, we have to accept that there will be a lot of downtime to roll out fixes, updates and more. Today is one of those days, with a new weekly update happening earlier on. However, an issue that seems to have occurred with the earlier update is seemingly resulting in even more downtime.

Is Lost Ark down today?

Yes. In a Twitter update, Smilegate has announced that servers will be taken offline today (March 31) so that teams can look into an issue that some players are currently having. This is following on from earlier server downtime to roll out the latest Lost Ark update. According to the announcement, which you can see below, the scheduled downtime is due to start at 7:30am PST/10:30am EST/3:30pm GMT/4:40pm CET on March 31, 2022. However, the tweet doesn’t confirm what issue is being addressed, though it is likely to be something that was released in this morning’s update.

As you can see in the Tweet above, Smilegate is hoping that the downtime should last around an hour, so hopefully Lost Ark servers should be back up and running by approximately 8:30 am PST/11:30am EST/4:30pm GMT/5:30pm CET on March 31st, 2022.

While you’re waiting for Arkesia to be brought back online, why not take a read through the Lost Ark patch notes from today’s update, March 31, 2022.