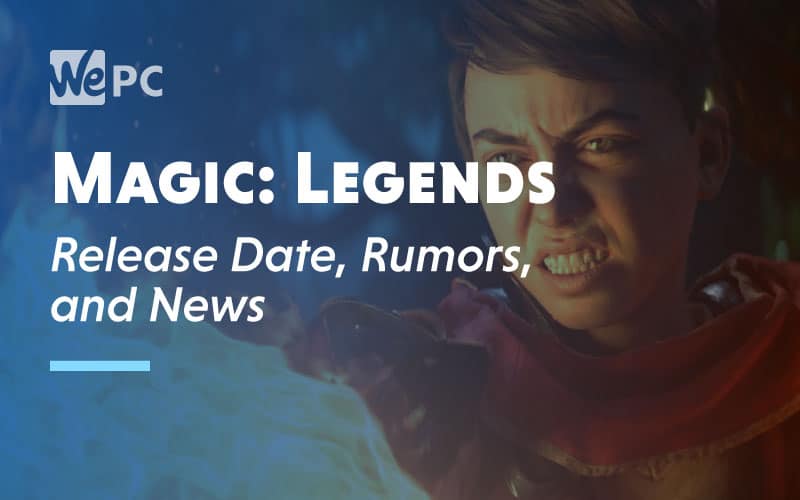 One franchise that seems perfectly suited to a large-scale MMORPG is undoubtedly Magic: The Gathering and its massively popular trading card game. We’re in luck as that is precisely what Perfect World and Cryptic Studios are doing with the upcoming Magic: Legends.

Word of a Magic: The Gathering MMO has circulated on the grapevine for a while now with Cryptic Studios confirming it was working on an, at the time, unnamed title. Fast forward to The Game Awards 2019, and we got our first look at the game and a proper title, but unfortunately, no firm release date.

Perfect World and Cryptic Studios plan to run a Beta testing phase sometime in 2020, which suggests development is advanced enough to allow potential players to jump in sooner rather than later. In the same vein, a full release shouldn’t be too far off with mid to late 2020 standing as a potential window.

As for platforms, Magic: Legends will release on PC, PlayStation 4, and Xbox One, further backing up the idea that the game will launch next year before the next-generation of consoles kicks off in earnest.

There exists a single cinematic trailer for Magic: Legends, the very one that revealed the game at The Game Awards in December 2019.

It’s pretty standard fantasy stuff with brief glimpses of what we can expect including grey-haired mages with wispy purple eyebrows, vicious-looking werewolves, griffins, giant arachnids, expansive vistas, castles, magic-wielding, and what looks like a rather uneven fight between a single mage and an army of troll-like creatures.

Sadly, the trailer doesn’t appear to showcase any gameplay footage, so we are still in the dark as to what the MMO will actually look like in action.

Ready for this – it’s a bit of a mouthful. Magic: Legends is a massively multiplayer online action role-playing game. Think World of Warcraft but a little more mature and set in the world of Magic: The Gathering, and you’ll have a decent notion of how this one should play.

Perfect World and Cryptic Studios say players will take on the role of a spell-wielding Planeswalker in a world based on the iconic planes of Magic: The Gathering. According to the blurb, it promises to be thrilling and an immersive take on the fictional Magic Multiverse.

From what we understand, you can jump into Magic: Legends solo or team up with up to two other players to form a squad of Planeswalkers. As for the overarching narrative, you’re tasked with saving the Multiverse from a supremely powerful and menacing new threat as these things so often go. There are five classes of Planeswalkers to choose from. You can jump from one to another freely throughout the game.

As with any MMORPG worth its salt, Magic: Legends will allow players to collect and customize spells to control the battlefield as they see fit.

By visiting the official Magic: Legends website, you can sign up for the Beta and add your email to a mailing list for a Magic: Legends newsletter that will, at some undisclosed point in the future, provide Beta dates.

Whether we need yet another MMORPG is debatable, but one set in the vibrant world of Magic: The Gathering is intriguing enough to pique our interest. With a Beta scheduled for next year and a thrilling trailer to tide us over, we shouldn’t have too long to wait before we can sample Magic: Legends in all its spell-wielding glory.