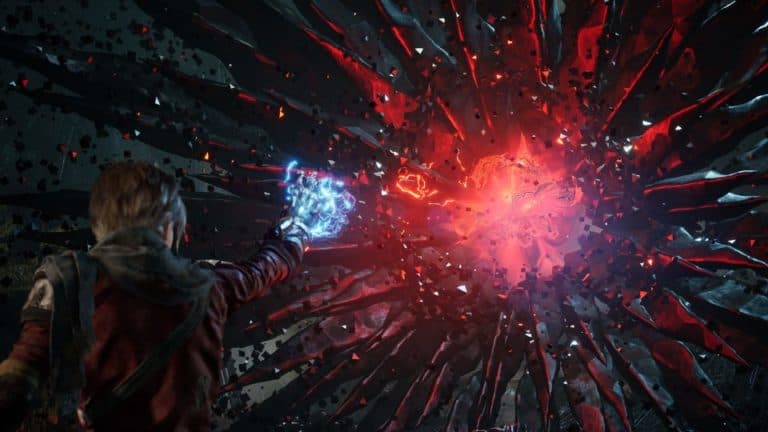 Miasma Chronicles has been unveiled during the 505 Games Spring 2022, coming from the creators of Mutant Year Zero.

Developed by The Bearded Ladies, the game was announced at the tail end of the 505 Games Spring 2022 Showcase as a “one last thing” and looks to be set in a desolate and post-apocalyptic world. It promises “realtime exploration gameplay meets tactical, turn-based combat with RPG elements”, “upgradable weapons and abilities which give your heroes the edge in combat”, “rich beautiful environments in which you meet outlandish characters” and “an involving fantasy story through which you learn the truth behind the Miasma”.

The synopsis for the game reads:

“In the not-too distant future, America has been torn apart by a savage force known only as the ‘Miasma’.

Meet Elvis, a young man brought to the mining town of Sedentary as a baby. Left by his mother in the care of a robotic older ‘brother’ and given a mysterious glove with which he can control the Miasma.

Join the brothers on a quest across a post-apocalyptic wasteland to find the answers they crave. Answers which may change the course of human history forever.

From the creators of Mutant Year Zero: Road To Eden, comes a beautifully crafted tactical adventure you won’t forget.”

The trailer for the game itself was an extremely mysterious one, giving no real context as to what was going on at all. All we can gather from the trailer is that whatever is terrorizing America has absolutely destroyed it, and that these two brothers have forged a bond that’ll be central to the concept of the game itself. There’s no sign of any gameplay currently, but if the game is releasing next year then there’s a possibility we’ll see some in the upcoming Summer Games Fest.

Miasma Chronicles will release in 2023 on Epic Games, PS5, Steam and Xbox Series X/S and you can check out the trailer above for more details.