Feeling the need, the need for speed yet? You won't have to wait much longer... 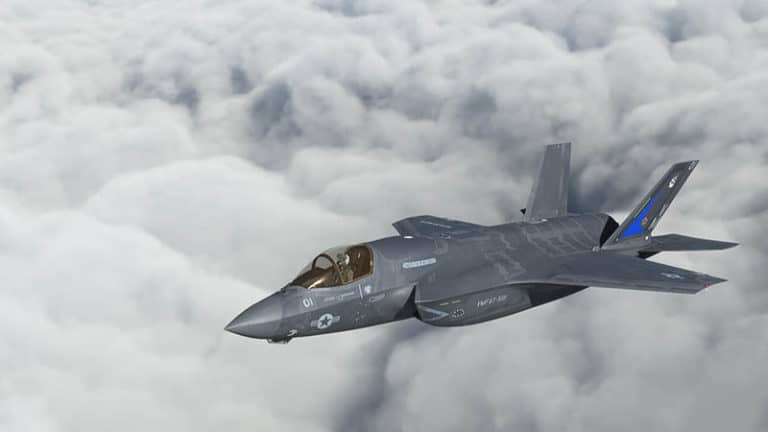 Microsoft Flight Simulator 2020 has not been short of add-ons since it arrived over a year ago. It even recently got its first official paid DLC in the form of the Reno Air Races, but when it comes to military aircraft, as opposed to civilian flying, we have been a bit short of toys to take to the skies in.

That is about to change in the first days of January as developers IndiaFoxtEcho has confirmed in a Facebook post it is pretty much ready for take-off.

We know that IndiaFoxtEcho has plans to release the F-35 to the various marketplaces in the “first days of January” but expect it to take anywhere between a few days and three or four weeks to be evaluated and actually appear.

This is after an initial scare on Facebook on 21st December where the devs actually confirmed they were putting the release on hold in order to stamp on a few pesky issues. This was quickly cleared up and we are now ready for the sign-off of the aircraft and should be in the skies in it before February if we get a fair wind.

The devs confirmed more testing had taken place, “In the past few days we have continued testing the F-35, and we have also received support from the Microsoft testing team. The F-35 seems to work fine, and the occasional CTDs (crash to desktop) have been confirmed, once again, not to be specifically related to the aircraft.”

At this moment the devs are not revealing the final price as they are waiting on currency exchange at the exact time of release. Yep, sounds a little odd to us as well as it would be nice to have a figure this close to launch.

They have, which is more useful than you might think, also released a draft copy of the manual so you can get reading up on the new systems in play ahead of getting your hands on the actual aircraft.

We are looking forward to getting our hands on the F-35 Lightning II in the coming weeks.