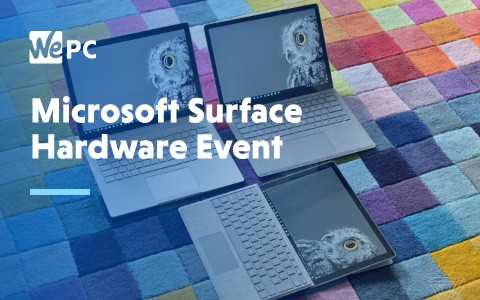 Although Microsoft has provided the usual PR-vetted speak of news and reveals about upcoming products, details are scarce as to what the tech giant has up its sleeve.

Regardless, we can make some educated predictions based on past rumors and speculation. As the name implies, the event focuses almost exclusively on hardware, specifically Microsoft’s popular line of Surface laptops.

What Can We Expect?

A new iteration is all but guaranteed with the most likely contender being the Surface Pro 7. With a sleek design coupled with a more or less borderless screen and a bevy of new connectivity options like a thunderbolt-USB-C port, we can expect the Pro 7 to push the Surface products further than existing models.

An LTE model has been mentioned on the grapevine too. Even an ARM iteration with a Snapdragon 8cx system-on-a-chip granting better battery alongside balanced performance.

The Surface Laptop 3 is also a good bet possibly one sporting an AMD Ryzen APU like the 3500 H or 3750H, or even better a fresh Zen 2-based processor and possibly Navi graphics card tech. There’s also talk of a larger 15” model and Thunderbolt 3-USB-C ports. Rumors suggest Microsoft is planning different color schemes with audacious names like Glacier Blue and Poppy Red.

Finally, it wouldn’t be an exclusive event without some unexpected reveals especially in the accessory department to complement the Surface laptop range such as a smart speaker, Cortana updates, and dual-screen solutions with folding tech.