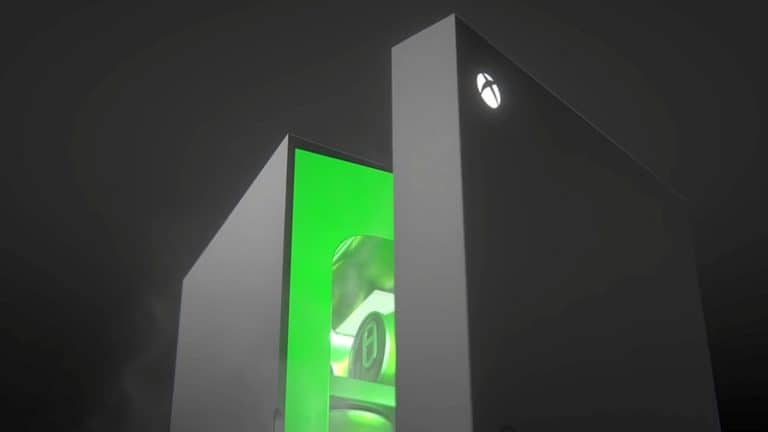 Yes, it has come to this: writing a story about fridges. Not just any fridge, thankfully, but the gamer-friendly Xbox Series X Mini Fridge, which Microsoft has just announced will be available to pre order from October 19, and will be available for beverage insertion in time for the Christmas festivities.

Starting out as a meme when the newly-announced Xbox Series X was compared to a thermally insulated kitchen cabinet, Microsoft has (again) taken the joke to its logical conclusion and produced the acutely desirable Xbox Series X Mini Fridge. (Which is saying something coming from someone who has no personal interest in owning the machine on which the Xbox Mini Fridge is based).

The Xbox Mini Fridge will be available to pre order from October 19. In the US, Target is the exclusive retailer. Canadians can go direct to the Xbox Gear Shop, while those in the UK can get their Mini Fridge from Game. All agreed retailers should have the Mini Fridge in stock in time for Christmas. The Xbox cooler will be available later during 2022 in territories beyond north america and europe. No, it won’t be on Game Pass.

The Xbox Series X Mini Fridge has the dimensions, LED lights and other accoutrements to appear similar to Microsoft’s latest console. Internally it runs a lot cooler, allowing it to do what it’s good at without overheating.