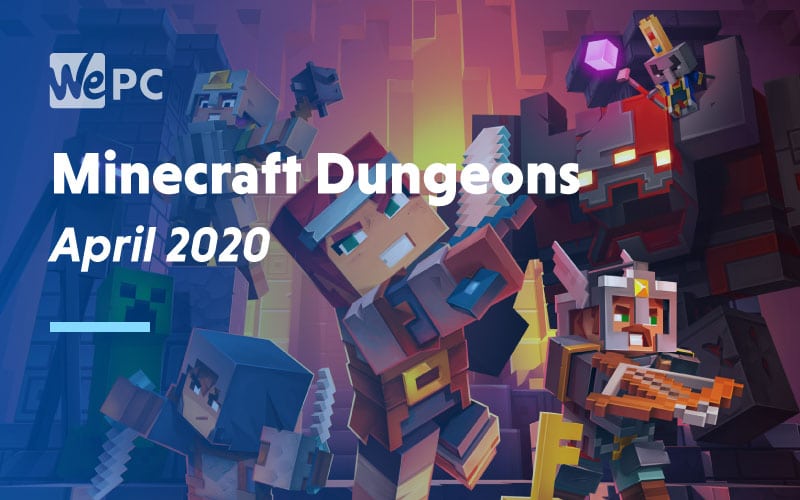 Mojang took to the stage during the Inside Xbox X019 show to announce that Minecraft spin-off Minecraft Dungeons will launch April next year on PC, Xbox One, PlayStation 4, and Nintendo Switch. Mojang cooked up a video for the occasion, which we’re hard-pressed to call a trailer given its twenty-second run-time and lack of gameplay.

While the game borrows heavily from the source franchise, notably the signature blocky art style, it offers cooperative play in procedurally generated dungeon levels, as the name succinctly implies. The gameplay centers on traipsing through these dungeons, uncovering loot and battling subterranean dwelling monsters alongside up to three friends.

What’s interesting is that rather than create a game based in the Minecraft world with little thought for pushing the IP further than its well-documented parameters, Minecraft Dungeons has all the hallmarks of a classic dungeon-crawler (think a much merrier Diablo with a more straightforward loot system and we imagine more forgiving enemies and combat). It should stand on its own two feet regardless of its roots in the best selling game in the world.

It looks rather promising if you ask us. The Minecraft universe is ripe for exploration through spin-off titles. If Minecraft Dungeon is anything like the Telltale-developed player-choice driven experience of Minecraft: Story Mode, then we have a lot to look forward to next year.

Interested parties can sign up on Mojan’s website to be in with a chance of jumping in early, although details are scarce about how this will look or work. The website calls it early access, so we imagine it will take the form of a stress test beta type deal, notably for the online multiplayer component.

April 2020 remains pretty vague, but at least we have a release window to sink our teeth into in anticipation of a firm date, which shouldn’t be too far off.