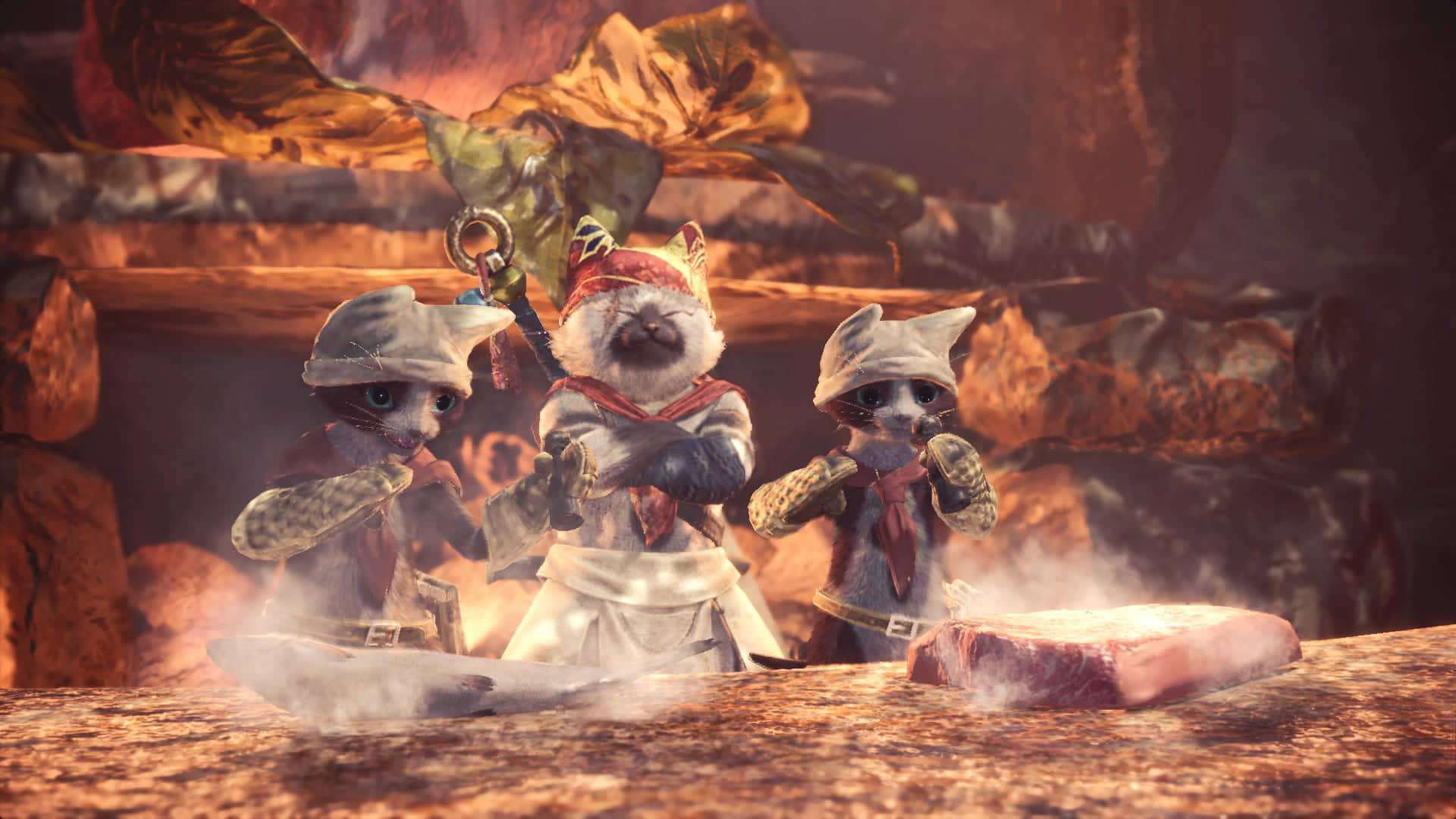 But that’s not enough for some people.

No, some gamers want even more over the top weaponry in their game designed to be over the top, and there’s only one real way to get that: by modding the game to include weapons from World of Warcraft.

World of Warcraft, much like Monster Hunter: World, is full of ridiculous weaponry. Over the top nonsense that is totally fun, and filled with complicated Warcraft lore to fully understand. Die-hard WoW players will know just how much time can be sunk into getting a specific weapon set from a raid – or even random drops. That’s why the invention of transmogrification was so well received by the WoW community – because it meant that once you had found a piece of gear, any gear you received after that could have its appearance changed to look like any other piece of gear you had owned.

But, WoW players weren’t content with that. Now they want to take their well-earned loot from WoW into other games – and with the help of modding you can. User FragStriker has created two brand new mods that let you bring two of World of Warcraft’s most famous weapons into the Monster Hunter: World…world.

The first weapon to be modded into the game is the hammer of the fire lord Ragnaros; Sulfuras. It replaces the Magefire Magda Floga in Monster Hunter: World, and operates similarly to how that weapon would – you can download the mod to get it into your game from Nexusmods here.

Then there is the addition of the Twin Legendary Blades of The Alliance into the game, replicas of Ellemayne and Shalla’tor, which were once used by the Alliance King Variann Wrynn – but you didn’t need to be told that. These blades replace the Master Sabers / Holy Knight Guild models in MonsterHunter: World, and look pretty great to boot – download them from Nexusmod here.

So, are you going to be injecting a little World of Warcraft madness into your Monster Hunter: World adventure? Let us know in the comments below!