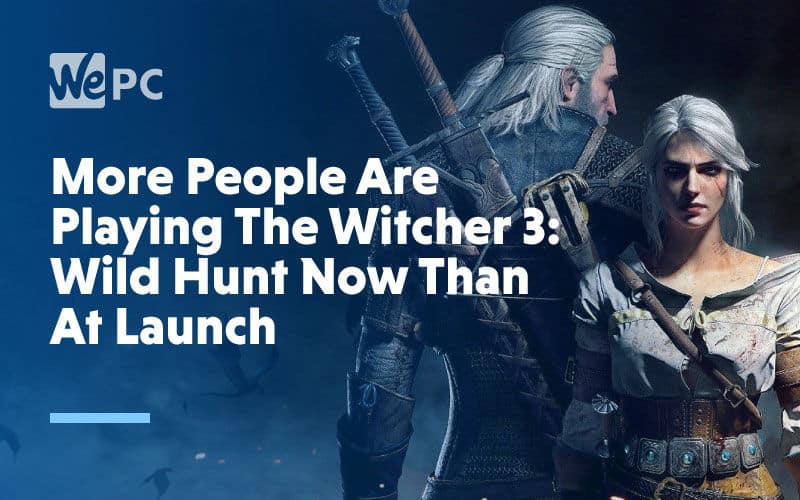 Courtesy of renewed interest spurred on by the success of The Witcher Netflix adaptation, CD Projekt Red’s The Witcher 3: Wild Hunt is breaking records over on Steam.

Yesterday, a staggering 102,172 peak concurrent players jumped into the game to gallivant around The Continent has Geralt of Rivia slaying monsters and romancing the locals.

The number secured it a spot as the six most played game on Valve’s digital storefront. The game has surpassed Steam’s mainstays Path of Exile and even Bungie’s free-to-play FPS shooter Destiny 2. It’s impressive stuff for a game celebrating its fifth anniversary this coming May.

But, more interestingly, there are now more people playing The Witcher 3: Wild Hunt than when the game launched back in May 2015. At the time, Steam recorded a concurrent player peak of over 92,000. At least 10,000 more people were seen playing the game yesterday.

Why Is Witcher 3 So Popular?

We don’t have to look far to find the reasons behind the uptake in interest for The Witcher 3: Wild Hunt. Despite a certain wariness from gamers before the show aired, Netflix’s The Witcher is nothing short of a worldwide success.

While the series draws inspiration from The Witcher books by Polish author Andrzej Sapkowski rather than CD Projekt Red’s trilogy, there are more than a handful of similarities between the two. Henry Cavill, who portrays Geralt in the Netflix show, even admitted to playing bucket loads of The Witcher 3 as research for his character.

With the release of Netflix show dating back less than a couple of weeks, viewers are eager to remain within The Witcher’s world and short of a second season to sink their teeth into, the best alternative is The Witcher 3: Wild Hunt, hence the record-breaking player numbers.

Another helping factor is that the game has been heavily discounted throughout the holiday season, in some cases available for peanuts compared to the full list price. With well over 100 hours of guaranteed playtime, it’s a no brainer for The Witcher fans.