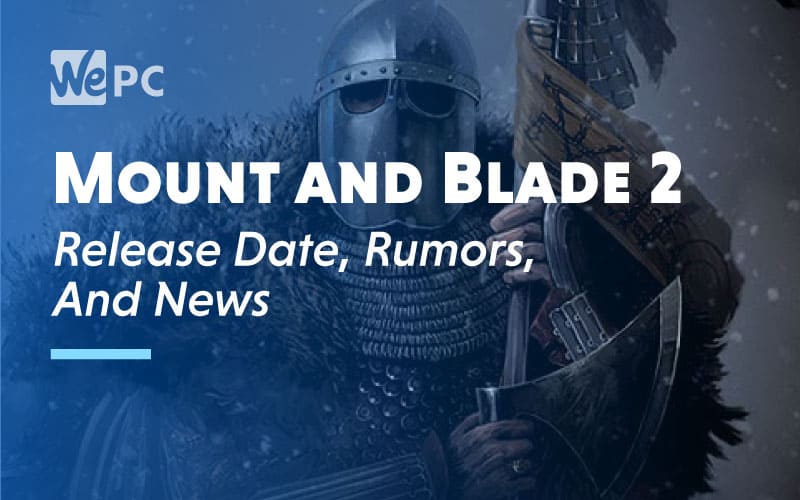 Developed by Turkish developer TaleWorlds Entertainment, Mount & Blade II: Bannerlord is a prequel to the massively popular Mount & Blade action-RPG that defined the early 2010’s for the series. Among the longest known in-development titles in the industry, a lot of expectation hangs over this fantasy RPG.

An early access version of Mount & Blade II: Bannerlord has been announced to release on the 31st March 2020 on PC via Valve’s Steam platform. The game has been in development since at least 2012, so while in early access, it should offer a relatively comprehensive glimpse of what we can expect from the final product.

Due to the lengthy development cycle of Mount & Blade II: Bannerlord, TaleWorlds Entertainment has released a steady stream of trailers and gameplay footage.

The first emerged in 2012 and acted as an announcement trailer for the game. With no gameplay footage and only a succession of emotive calls to battle in word form, the trailer doesn’t offer much in terms of what the game is all about.

TaleWorlds then showed up to Gamescom 2016 armed with no less than three trailers focused on the sieging mechanics of Mount & Blade II: Bannerlord. One is your run of the mill trailer, while the other two approach sieging from the perspective of the attacking force, then the defending castle.

Mount & Blade II: Bannerlord was once again showcased at Gamescom 2017 with three new trailers diving into the mechanics of sergeant gameplay.

Fast forward to Gamescom 2018, and TaleWorlds once again showed up laden with visual gifts in the form of a campaign trailer. While previous trailers could be faulted for their lack of polish, this one offered a glimpse at a game that seemed on the cusp of completion with a rich and vibrant open world to explore, in-depth strategic battles, character customization, a host of weapons and equipment, gritty medieval drinking holes, one on one tournaments, and mounted combat.

The final trailer to date was published in August 2019 and announced the upcoming early access launch of Mount & Blade II: Bannerlord in March 2020. Once again, the fine-tuning had improved considerably.

Much like the previous entry in the franchise, Mount & Blade II: Bannerlord is a medieval combat simulator game with a healthy dose of RPG elements thrown in. It takes place 200 years before the events of the original within the world of Calradia. Calradia is beset by war, and the player must mastermind a rise to power.

Gameplay focuses on sieging, as exemplified in the various trailers above. Players must either siege castles or defend them with era-appropriate techniques like battering rams and catapults as they vie to remain the last man standing.

Other facets include diplomacy, where the player must navigate the politics of the land wary that each action has a consequence that may impact their progress. Players can barter, make deals, sign pacts, influence factions, and use marriage or treason as leverage in their conquest for dominion over the land.

Calradia is a living, breathing world with its own economy where goods waver based on supply and demand both in terms of availability and price. Use this to your advantage to gain allies or hurt foes.

Combat itself includes a new physics-based system where crafted weapons behave and respond differently based on the materials used, their properties, and attributes. This consists of both melee and ranged combat. Heavier weapons cause more damage but can be unruly, while conversely, lighter weapons offer faster attacks, but won’t inflict as much damage. Larger battles will require tactical acumen and the control of massive armies over diverse topography.

Much like the original, Mount & Blade II: Bannerlord includes a fully-fledged online multiplayer component. We have captain mode where five players can fight against one another for control of the land. Skirmish sees two teams of six players fight it out head to head.

In keeping with the legacy of the original Mount & Blade, Bannerlord sees mod support return. The new engine and tools used to make the game will be available for all players to tinker with to create mods.

Mount & Blade II: Bannerlord has been a long time in the making, but the wait comes to an end this March. Whether the game will live up to expectations and warrant an over seven-year development cycle remains to be seen.