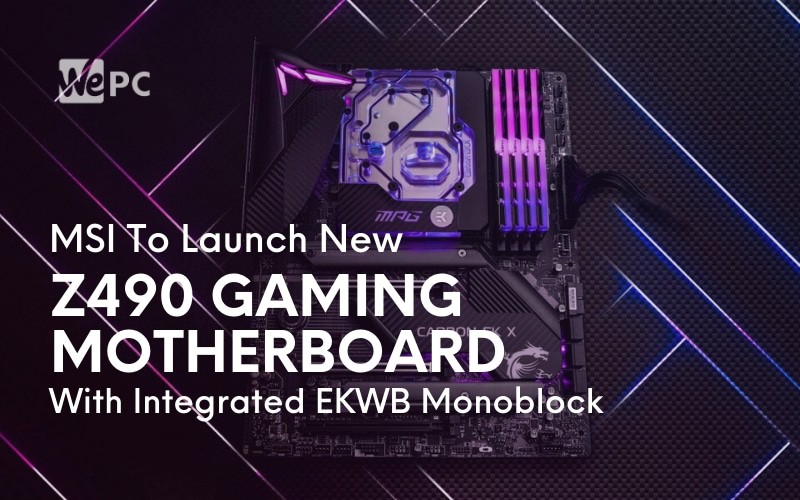 MSI has recently teamed up with EK Water Blocks (EKWB), a water cooling manufacturer to build a monoblock for the upcoming MPG Z490 motherboard.

What Do We Know About The EKWB Monoblock?

So far, details on the new MPG Z490 motherboard monoblock are a bit vague. It seems that the monoblock will be one from EKWB’s Momentum series of coolers.

If that’s the case, it will be manufactured with nickel-plated copper with an acrylic top and standard G1/4 inch ports. There should be some carbon fiber design too which should be a nice match for the new MSI MPG motherboards, especially if paired with some D-RGB lighting on the cards.

How Much Will The EKWB Z490 Monoblock Cost?

EKWB’s Z390 Momentum monoblocks usually sell for $189. We imagine that the new Z490 one will cost a little extra if it’s going to be used for the MPG Z490 Carbon EK X when compared to the MPG Z490 Gaming Carbon WiFi model.

The Z490 Carbon EK X motherboard will feature four DDR4 RAM slots which will support up to 128 GB of memory, with memory speeds that exceed 4,800 MHz.

At the moment, we don’t know when this motherboard or the monoblock will be released and available for purchase. However, if we hear any details in the meantime, we will keep you updated.